• The governor attributed the numerous conflicts among pastoral communities in the region to activities supported by conservancies.

• Isiolo county commissioner John Odengo differs, claims there is no armoury at Lewa. 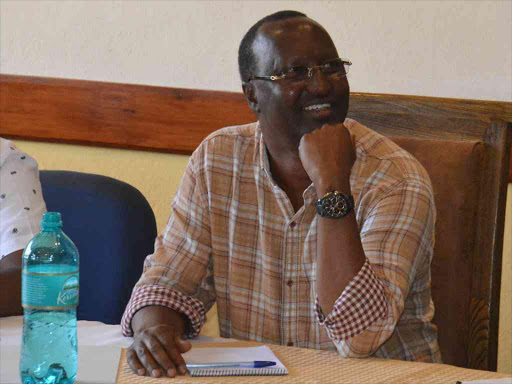 Isiolo Governor Muhammed Kuti has warned  over influx of weapons in northern Kenya through private conservancies that keep armouries.

Kuti said armed conflicts in the area are now fueled by villagers armed by the conservancies.

“For the 18 years what have seen from NRT (northern rangeland trust) inciting criminals. Why do we have an armoury in private hands of Ian Craig's Lewa Downs conservancy? Why can’t it be under police or OCPD. They are used to terrorise residents?” Kuti said.

The governor attributed the numerous conflicts among pastoral communities in the region to activities supported by conservancies.

Isiolo woman Rep Rehema Jaldesa also called for the abolition of conservancies. She said they were responsible or increased insecurity in the area.

When contacted, Isiolo county commissioner John Odengo claimed there was no armoury at Lewa.

He said rangers in the eight conservancies are considered National Police Reservists and that is why they were issued with government guns.

On Thursday, some activists from communities living around NRT conservancies led protests castigating the remarks of Kuti and woman Rep Rehema.

Lekishanai Gola said there was no public participation before the two leaders made the such conclusion.

Rashid Maalim said the conservancies have employed more than 200 youths and they are not ready to render them jobless.

"Conservancies offer emergency services, rehabilitate boreholes, rivers and streams, improved security, they help build school infrastructure, their developments are more tangible than those done by the current county government.  So we can't leave without NRT. They help recover stolen animals. Why were we not consulted, there was no public participation as enshrined in the constitution," he said.

Post a comment
WATCH: The latest videos from the Star
by GERALD MUTETHIA Correspondent, Meru
Eastern
20 April 2019 - 00:00
Read The E-Paper