• Circumcised women test those they suspect are uncut and if they fail, they are forced to undergo procedure or be permanently excluded from social events.

• Some residents suggest government should allow safe FGM for women above 18 years of age. 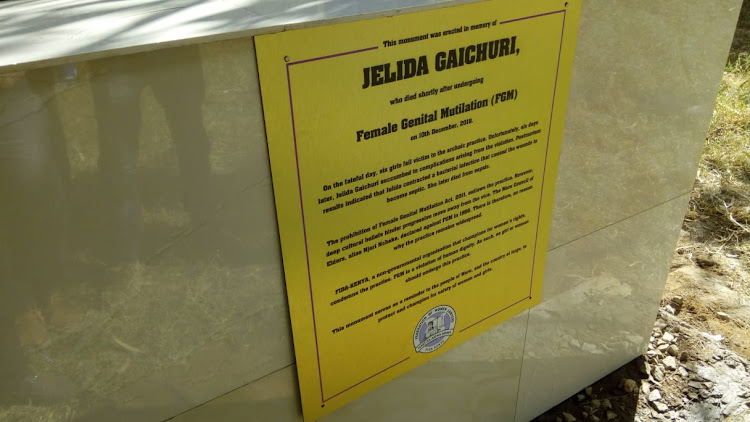 Chiefs and their assistants in Meru are allegedly abetting FGM, which is wspecially rampant in Tigania and Igembe.

Female Genital Mutilation is conducted in secrecy for fear of the law. The outlawed procedure has sometimes led to health complications and even death.

Some Meru residents now suggest the government should allow safe FGM for women above 18 years age.

A woman who went out to look for a circumciser was arrested.

Five such cases from Kiutine in Igembe North are in court. In Thangatha ward, Tigania East, more than 60 women were cut last December, including schoolgirls and wives, but chiefs deny knowledge of this.

Investigations by the Star reveal the practice is now highly secretive such that a father may never realise when his daughter undergoes the cut.

Married women who are stigmatised for being uncut deliberately pick quarrels with their husbands and run away to their paternal homes where they are secretly cut. They return after healing.

A man from Ikana village who sought anonymity told the Star he knew his sister-in-law was cut after five days despite living in the same compound.

He learned about it when the woman was transferred from her matrimonial home to a secret location after word reached the chief who began looking for her.

"I can't believe this archaic practice is still going on in the community. When will people be fully informed it has no benefit?" he said.

A 65-year-old man whose granddaughter was circumcised in December said their chief was bribed with a bunch of miraa and money to refrain from taking any action against the family.

The man said FGM is only fought in radio, newspapers and empty rhetoric.

He said his granddaughter was cut to pave way for her younger brother to get circumcised as the culture dictates.

"December holiday was the month for girls' cut in this region. Many girls and married women were circumcised. But what can you do after she is cut? You only wait and pray for her to heal safely," he said.

He said many uncircumcised women undergo the procedure to avoid isolation by their age-mates or husbands.

Circumcised women play tricks on those suspected to be uncircumcised during community activities especially initiation ceremonies.

If one fails the test, she is forced to undergo the cut or be permanently excluded from taking part in any important community event.

In Ikana and Igarii, chiefs are directly or indirectly involved in the practice.

The Star learnt that a chief's daughter who is in secondary school was cut during last the holiday.

Chiefs who spoke to the Star admitted FGM is very secretive.

A girl who admitted to undergoing the cut last December told the Star she still feels unwell.

"We are teaching them the ills of FGM though it is a custom. We are sensitising the people using Nyumba Kumi to monitor any such activities. It is usually done during holidays when schools are closed. A girl maybe cut but you will see her doing her daily duties unlike before when they were secluded," he said.