Respect for law is our secret, says Kibwana

• Strict adherence to the procurement law is the reason Makueni county was given a clean bill of health by the Auditor General. 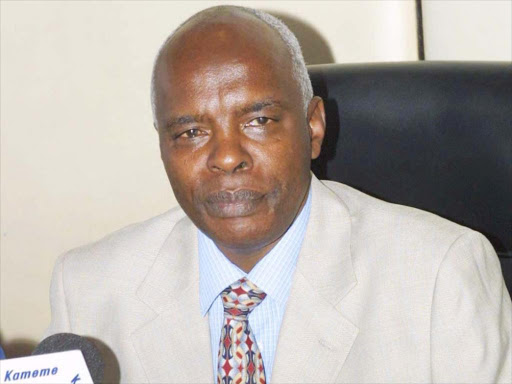 Strict adherence to the procurement law is the reason Makueni county was given a clean bill of health by the Auditor General, Governor Kivutha Kibwana has said.

Edward Ouko gave a thumbs up to the county's audit reports for the financial year 2017-18.

The county's financial transactions were recorded properly, the auditor says.

Nyandarua county under the leadership of Governor Francis Kimemia also got the auditor's nod.

Speaking at Kathonzweni on Thursday, Governor Kibwana said he was happy with the report.

He said the report confirms the many good stories other counties have heard about Makueni.

"Some people have had doubts with the many praises we as a county have received this term but I am happy that the Auditor General has at least confirmed they are not empty praises", he said.

Kibwana attributed the achievement to strict adherence to the procurement law and zero tolerance to corruption.

"Our finance department has always ensured that when procuring for any services, the right procedure is followed. We have refused to entertain any corrupt officer within our government; anyone who tries  is shown the door," Kibwana said.

He said Makueni was cited as having no pending bills because work is always paid for upon completion.

"Before we award any contractor any project, we always ensure that there is money to pay that contractor. This is not the case with many counties, " he said.

The governor said that even with the positive report, his administration is keen on putting more efforts to ensure most current projects are paid for before June.

Post a comment
WATCH: The latest videos from the Star
by ANDREW MBUVA Correspondent, Makueni
Eastern
30 March 2019 - 00:00
Read The E-Paper