• On Sunday, Kilifi Governor Gideon Mung'aro's office issued a statement confirming that MV Holiday Jabulani capsized with 30 people on board.

• Boat owner Kassim Abdalla said as per the Kenya Maritime Authority his boat has a capacity of 35 passengers including the captains. 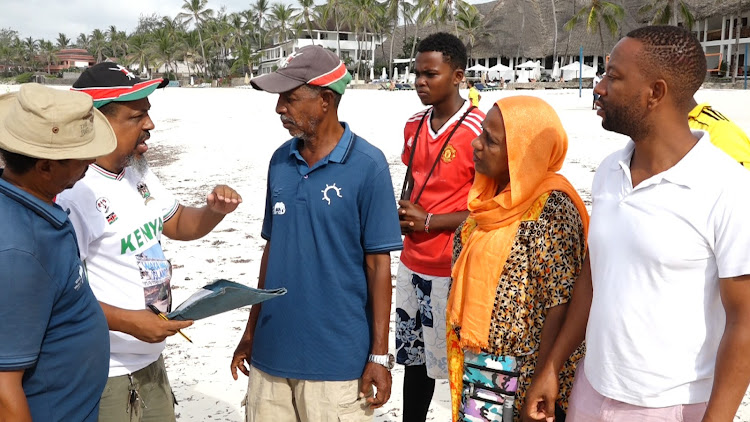 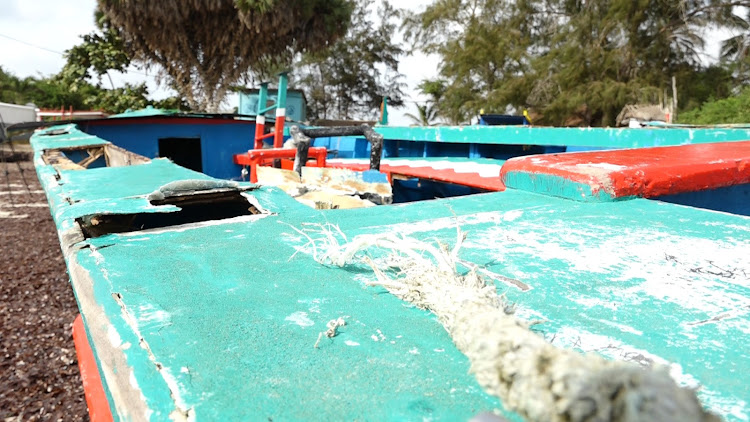 The wreckage of Holiday Jabulani which was involved in an accident in Watamu, Kilifi county, on the shores of the Indian ocean
Image: ALPHONCE GARI 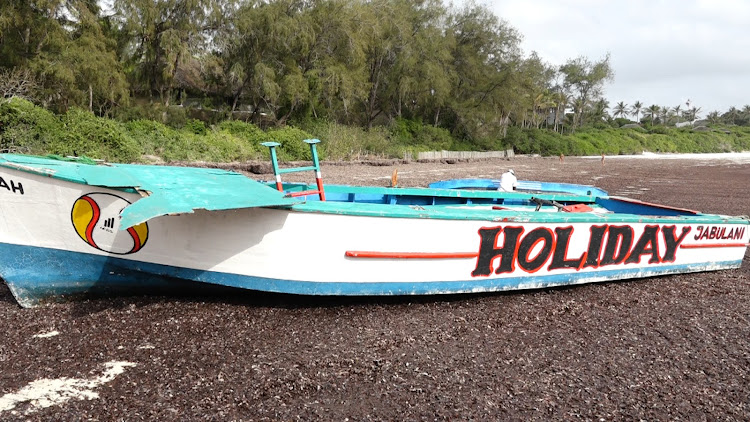 The wreckage of Holiday Jabulani which was involved in an accident in Watamu, Kilifi county, on the shores of the Indian ocean
Image: ALPHONCE GARI

The Watamu Association of Boat Owners and Operators has denied reports by the Kilifi government that a boat involved in an accident on Saturday was overloaded.

Three people died in the accident and one is still missing.

Video clips taken by tourists who were in another boat when the accident occurred showed the sea was rough and victims were struggling to save their lives after the boat overturned.

Kilifi Governor Gideon Mung'aro's office on Sunday issued a statement confirming that MV Holiday Jabulani capsized with 30 people on board.

According to the statement, 13 were Kenyan tourists, 15 non-Kenyans and two captains on board.

"The report further indicates that the number of passengers on board had exceeded the capacity of the vessel. The possibility of bad weather at the time and later hours of the day also contributed to the accident, considering the above inappropriate conditions," the statement read.

However, the boat owners have denied the claim, saying the vessel had not exceeded its capacity, as it can carry up to 35 people.

Kassim Abdalla, the owner of the Jabulani Holiday boat, said as per the Kenya Maritime Authority, his boat has a capacity of 35 passengers, including the captains.

On Sunday, his boat had 28 tourists (both locals and foreigners) together with two captains, which he said is below the capacity of the boat.

“The sea was cool, but when we went outside the reef, we met strong winds that hit the boat and capsized. The reports that the boat was overloaded are false, as per records of KWS we cannot go to the sea without the tickets and the evidence of the tickets are that tourists were 28,” he said.

Abdalla said the boat left at 9.30am and capsized at around 11am. He said together with KWS officers and other people, they went to rescue the tourists. He said no county government boat that took part in the rescue, only their community boats.

MV Jabulani Holiday glass boat had been towed to the shores. It was  badly damaged.

Normalcy has returned as more than 100 tourists were going for excursions to the marine park.

Boat owners and operators are now demanding rescue boats be stationed in the area because of the busy season.

Hussein Ahmed, the treasurer of WABO, said this is the first time they have witnessed such a tragedy in Watamu.

"During the excursion, there were seven boats. Our colleague's boat was hit by a strong wave and capsized. We immediately started the rescue mission and got assistance from KWS and Kenya Red Cross, who gave us two emergency vehicles," he said.

Ahmed urged the county to provide a rescue boat as there are more than 30 boats that go for excursions daily and contribute to the economy of Kilifi county.

“It's wrong that we do not have even one rescue boat here in Watamu. We request the county government to ensure the issue is addressed,” he said.

Munira Mohamed, the owner of the Sea Master glass boat, said all that would not have happened had there been a rescue boat in place.

“Please, we need a rescue boat here to assist us. We deal with so many tourists both locally and internationally,” she said.

Watamu Beach Operators Association chairman Justin Kitsao said tourists are still going to the marine park because it is safe.

On Sunday, the governor's office said all boats operating at the shores will be required to be equipped with safety jackets and no boat will leave without all its occupants wearing safety jackets.

"We will also ensure patrols at the beach to ensure safe compliance and ensure timely response to emergencies and responses," the governor said. 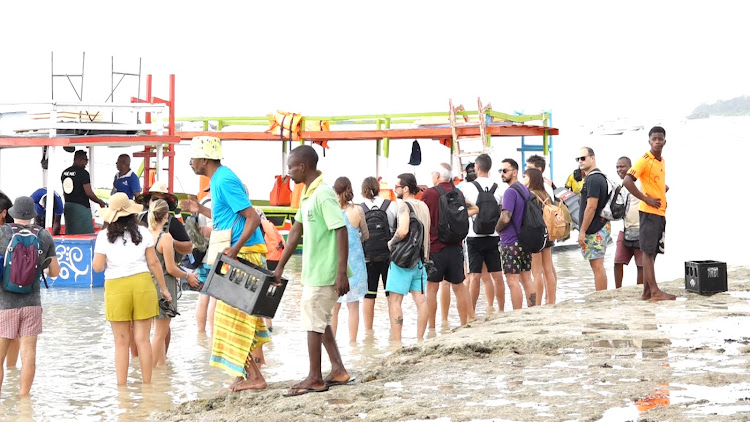 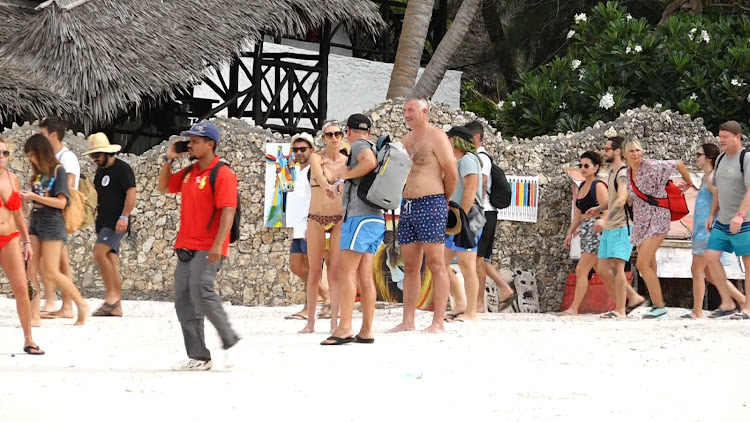 Reports indicate that the boat was hit by a strong wave and capsized.
News
5 days ago
Post a comment
WATCH: The latest videos from the Star
by ALPHONCE GARI Correspondent, Coast Region
Coast
24 January 2023 - 21:00
Read The E-Paper