Kalongo Zoka Nyaa, 67, on Monday morning was hacked to death as he was sleeping in his house in Mariakani

•In 2022, at least 15 cases were recorded by Haki Yetu Organisation within Kilifi county, including six between October and December in Mariakani alone. 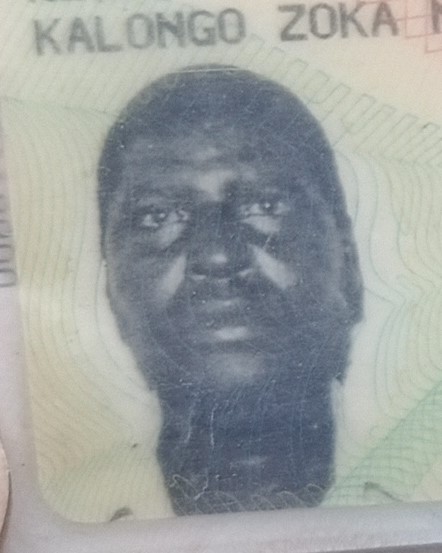 The killing of elderly people on suspicion of practising witchcraft in Kilifi county will haunt the region until proper civic education is conducted, a human rights body has warned.

Haki Yetu Organisation on Friday said in most cases, the killing of the elderly is linked to land disputes among family members. In most cases they plot the murder of those who are responsible for the administration of family land, and then claim the victim was practising witchcraft.

“There is a social problem that needs to be addressed and it does not need a military approach. If you dive deeper into the matters, you will realise that most of those killed are custodians of huge chunks of land,” the organization programme's coordinator Julius Wanyama told the Star.

In the latest case in this trenda 67-year-old man on Monday morning was hacked to death by unknown people as he was sleeping in his house at Mnagoni village in Mariakani, Kilifi.

Kalongo Zoka Nyaa had on Sunday evening had a meal with his son. Mike Zoka Kalongo, 32, and daughter, Nyadziwa Kalongo, 35.

Nyadziwa said Monday morning, she went to knock on her father’s door so she could pick her clothes which she usually keeps in the main house.

“But when I pushed the door open, I first saw his legs close to the entrance. He was lying down. So I called out his name three times but he did not respond.

“That is when I saw blood around the upper part of his body. I screamed while running out,” Nyadziwa said.

His body had been dragged from his bedroom into the corridor, his daughter said. Some of his clothes were strewn across the bedroom floor and some were missing.

He had three deep cuts in his head and his brain had been smashed.

Nyadziwa, who had been staying with the father for over a year after she separated from her husband, said her father always locked the door when he retired to bed.

Police took the body to the Coast General Teaching and Referral Hospital morgue in Mombasa.

HE WAS HERE: Nyadziwa Kalongo on Wednesday shows where her murdered father's body lay when she found him on Monday morning.
Image: BRIAN OTIENO

When contacted on Thursday, Kilifi county police commander Jecinta Wesonga referred the Star to Kaloleni police boss Alexander Makau. He said he also said he had no information about matter despite it happening under his jurisdiction.

Mike and Nyadziwa said the family has been living in harmony and there is no dispute of any nature.

According to Mike, 32, his father has never had issues with anyone.

“That is why his killing came as a shock to us,” Mike said.

MURDER SCENE: The victim's house where he was killed at Mnagoni village in Mariakani, Kilifi county.
Image: BRIAN OTIENO

In 2022, there were at least 15 [witchcraft murder cases] that were recorded by Haki Yetu Organisation within Kilifi county, including six between October and December in Mariakani alone.

“But it is possible that there are more cases which go unrecorded. Others are treated by police as normal murder cases which end up unresolved,” Wanyama said. said, who has been dealing with the cases for over 10 years now.

In March 2022, then Rabai sub-county police commander Fred Abuga told the Star the cases were declining after several interventions by organisations like Haki Yetu working in collaboration with police.

“The cases have been declining after starting several initiatives. Now, we are recording one incident a month. Before, we used to record three or four in a month,” Abuga said then.

Wanyama said Haki Yetu is working on strengthening their “Mvi Si Uchawi” (Grey Hair is not Witchcraft) Campaign which will include more community sensitization and more collaboration with authorities.

“That’s why we are working to get clear data on the people killed on allegations of witchcraft. We miss some cases because they are treated as normal murders by authorities and because families involved also hide information,” said Wanyama.

He raised concern that the transfer of police officers in the county also affects their work because once one starts to get the hang of things, they are transferred and the new officer comes with new beliefs and approaches, at times pulling back on some gains made in efforts to address the issue.

“The transfers means some cases have no follow-ups because the new officers may have their own beliefs and ideas. We have had situations where officers do not want the cases to go to court because they do not have concrete evidence,” said Wanyama.

The programmes officer has also proposed training of security staff on a soft approach to such issues  to help the community become more open to them.

“This is a social problem and the solutions lie in social approach and not militaristic approach that we see sometimes used,” said Wanyama.

He noted that the key people to be trained first are the local administration and the other government officials closest to the community like assistant county commissioners, chiefs, their assistants, Nyumba Kumi ambassadors, village elders and the like.

“Before one is killed, it is usually a social issue that the family has failed to address or come to an agreement with,” said Wanyama.

The deceased had six wives and six children, who he had with four of his wives. Two of them didn't have children.

The body will be buried on Saturday, January 21.

Kalongo’s eldest son, Nyae Kalongo Zoka, 51, said the land belonged to his father and uncle, who is his father’s brother.

“Dad used to do things on his own and rarely told us anything. We always just found out when things had already been done. I don’t know whether they had divided the land with his brother,” he said.

On Friday, Wanyama said families of the victims in most cases also are economical with information whenever they occur.

This makes it even more difficult for record keeping and some cases are passed as normal murder cases by authorities.

Her panties and other items recovered from the 'healers' house.
Counties
5 months ago