Okoa Sasa is reaching out to police officers especially those who work at the gender desk to create awareness. 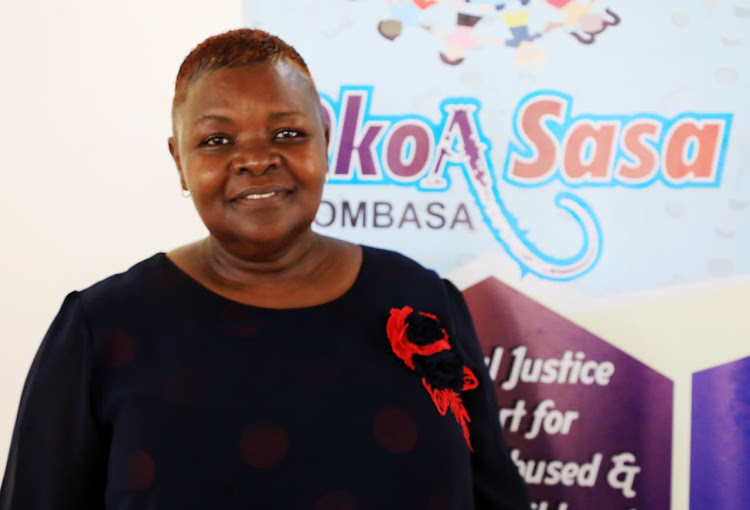 The national government has been called upon to invest in mental health centres for police officers.

Grace Achieng, the chief executive officer and the founder of Okoa Sasa, said that people blame police officers for their actions not knowing what they are going through.

Okoa Sasa serves children and women with a mandate to rescue, rehabilitate and reintegrate SGBV and human trafficking victims.

The organisation has rolled out a programme for sexually abused children, which aims at reaching out to police officers especially those who work at the gender desk to create awareness.

Achieng said officers play a very big role in their work because survivors cannot be rescued without involving police.

“We work hand in hand with the police officers in anything that we do because they are directly involved in children's matters. We rescue SGBV victims who come to us but the first person that the victim meets is the police officer,” she said.

She said it is through the partnership that they realised there is mental health problem among police officers.

“If the police officers are not in good shape, they cannot help that survivor to be able to come out of the trauma that they are in, and if they receive more survivors without going for therapy, they also get traumatised,” Achieng said.

“That is the reason we came up with the project to help them work properly without being traumatised and to do their work better,” she said.

The targeted officers are those in charge of the gender desk because they want to help them better their service and deal with the challenges they are go through.

Sometimes the officers say they are undergoing stress and burnout because of the cases they deal with and nobody understands and cares about what they are going through.

Achieng said that there is a need to have several mental health stations like counselling places for them, where they can visit and get the services on their own when they are not on duty.

She said the project is currently operational in Mombasa and Kilifi counties but they will expand it to other counties if they get funds.

Catherine Simiyu, Okoa Sasa project manager, said the goal of the programme is to equip police officers with skills to handle survivors when they are reporting cases.

She said that the first cohort had a total 53 police officers and the second one which took place on Tuesday had 58 out of their total target of 120 police officers in Mombasa and Kilifi.

Coast region head of DCI at Human Trafficking and Child Protection Unit chief inspector Andrew Warui said there are emerging forms of crime including the online child exploitation and a lot of harm coming with the Digital Age.

“In the DCI Human Trafficking and Child Protection Unit, we are a bigger arm whereby we continue to give support, investigate, prevent harm in various models,” he said.

Warui said that during their investigations and when we are conducting forensic interviews, some of the victims fear the police.

Coast-based advocate of the High Court Shila Mugambi said Kenya has made quite an improvement on the laws but it is yet to ratify all the treaties.

“We are almost at 30 per cent to get everything right and in alignment with our laws in Kenya but so far we are happy with the items like the new Children’s Act 2022 which is very progressive and as well as the Sexual Offenses Act,” she said.

Mugambi said that there are good laws but the challenge currently being faced is that enough sensitization to the community, stakeholders and all people who are supposed to participate in assisting the children has not been done.