• Leaders said the region remained sidelined due to incomplete projects.

• Haika said they will push for a lasting solution to human-wildlife conflict and the inclusion of the region in national programmes. 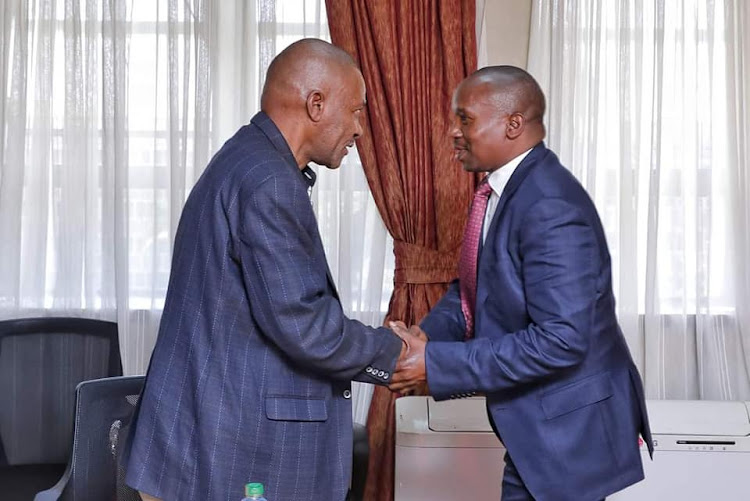 Taita Taveta leaders on Wednesday met with Interior CS Kithure Kindiki to persuade the government to complete stalled projects in the county.

This is the first time county leaders are coming together to push for national projects despite being elected on different political parties.

Past disagreements between elected leaders have been blamed for slow development.

“The discussions centered on pertinent issues in the county that have positive influence on development and challenges that need to be addressed to avoid negatively impacting on security,” Chome said.

Historically, Chome said, the county has been marginalised, with longstanding and deep-seated issues that significantly contribute to poverty and food insecurity.

He said the CS had promised to address the raised concerns.

“It was agreed that action will commence on those issues that may require administrative decisions and follow-up meetings will be held periodically to strengthen the collaboration,” Chome said.

Governor Mwadime said the meeting was key in creating synergy between the county and the national government to ensure more investment opportunities are created in the devolved unit.

He said improved road networks and availability of clean water would help boost food production and trade in the region, thus boosting the economy.

“As county leaders, we are keen to strengthen the relationship between the national and county governments and ensure such deliberations go a long way to ensuring services and programmes at county level are well facilitated and that devolution works,” Mwadime said.

He said the leaders also discussed curbing drugs and substance abuse and how to solve historical land injustices.

Delayed payment of mineral royalties, Mwadime said, remains a thorn in the flesh and he will push to ensure residents benefit.

She said they will push for a lasting solution to human-wildlife conflict and the inclusion of the region in national programmes.

The Bura-Mghange-Werugha-Wundanyi-Mbale- Mto wa Mwagodi Road for instance, was expected to be tarmacked six years ago. The tarmacking of the road was launched in 2017 by retired President Uhuru Kenyatta.

The Sh2.2 billion road is set to open up the agricultural-rich region.

It shall serve as a major link between Wundanyi and the Voi-Taveta-Holili highway which will enable horticultural and dairy farmers to access local and international markets.

The road network will also create jobs for residents.

The Sh40 billion Mzima II water project was proposed in 2017, but the government has remained noncommittal on when it will start.

The project is designed to supply water to the arid parts of Taita Taveta, Kwale, Kilifi and Mombasa.

The Mzima II project is set to inject at least 65,000 cubic metres of water per day and supplement the existing Mzima I pipeline that was constructed time immemorial.

Over 150,000 residents from 30,050 households in the county are facing food insecurity.
Counties
3 weeks ago
Post a comment
WATCH: The latest videos from the Star
by SOLOMON MUINGI
Coast
19 January 2023 - 21:00
Read The E-Paper