Suspect in attack on three Kilifi journalists released on bail 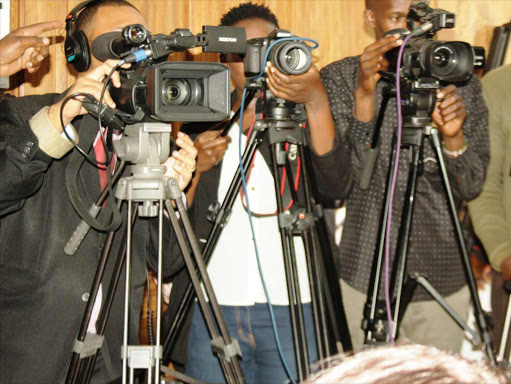 Mohamed Mubarak Juma was on Monday morning charged with the offence of malicious damage contrary to section 339(1) of the penal code.

He pleaded not guilty to the charges before Kilifi Senior Principal Magistrate Justus Kituku.

The court heard that the accused, on December 23, at Karisa Maitha grounds damaged a Cannon Camera 600D worth Sh91,000 belonging to Elias Yaa, a Kilifi-based correspondent for the Star Newspaper

The case will be mentioned on 30 January and heard on May 4.

Some Kilifi residents were demonstrating against the hiring of two brothers by the county government.

Trouble started when Nixon Muramba, the acting chief of staff in the office of Governor Gideon Mung’aro arrived at the Karisa Maitha grounds with a rival group.

The county Head of Inspectorate and other officers from the office of the governor accompanied Mramba.

One of the officers asked the organisers of the protests to come forward and explain to the chief of staff their grievances.

Muramba later took over to address the protestors, but he was cut short by his group who took him off the venue and ordered everyone including journalists to vacate the area.

The group tore the placards from the protestors and started attacking journalists who were taking photos.

MCK calls for probe into attack on three journalists in Kilifi

The journalists were covering a protest against the county government on Thursday
News
1 month ago
Post a comment
WATCH: The latest videos from the Star
by BY STAR REPORTER
Coast
16 January 2023 - 16:24
Read The E-Paper