All set for 108th WWI celebrations in Taita Taveta

This year’s event, according to Governor Mwadime, has attracted hundreds of tourists 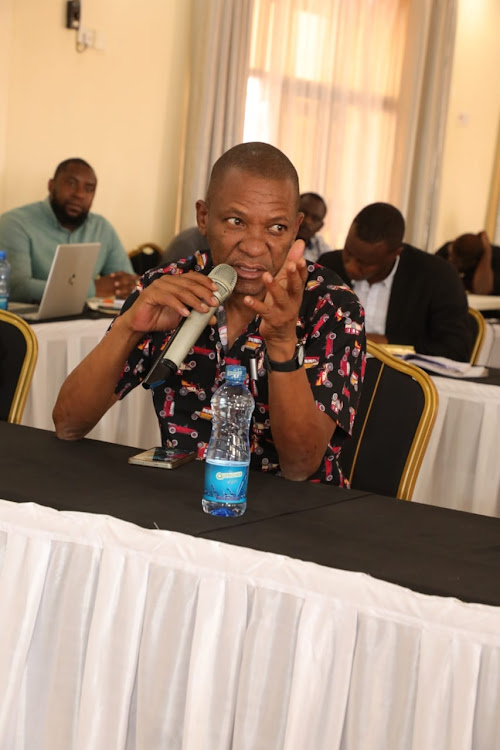 All is now set for the 108th celebrations to mark World War 1 in Taita Taveta county.

This year’s event, according to Taita Taveta Governor Andrew Mwadime, has attracted hundreds of local and foreign tourists.

At least 30 foreign diplomats from Germany, the UK, Canada, Belgium and France have confirmed attendance.

Mwadime said the three-day event, scheduled for November 24 to 27, will include the launch of the World War One Memorial Museum and Education, Leadership and Innovation Institute.

The county targets to use the event to boost the unexploited battlefield tourism to attract more domestic and international tourists.

In Taita Taveta, the first global war (1914-1918) was between the British and the German troops, who fought in several areas, including Maktau, Salaita (Slaughter Hill) and Taveta border post.

“All is set for the event, and we are looking forward to reaping from battlefield tourism that has remained underutilised. It is a huge platform to market the region and revamp the economy,” Mwadime said in an interview at his Mwatate office on Monday.

“Besides that, there will be a round table discussion with diplomatic partners and other guests to discuss areas of partnership. This will enable the community to benefit from a number of donor-funded projects,” Mwadime added.

He said the community is no longer seeking compensation from the two European countries — Britain and Germany — as a result of the destruction caused by the global war. Instead, they will request for community projects.

According to historian and battlefield expert Willy Mwadilo, the event will set the base for a huge tourist destination owing to the battlefields, cemeteries, memorials and related historic sites in the county.

He said the region plays a bigger role when it comes to World War I in Africa, making it an important tourist destination.

“This is an elaborate plan to market the sites to the world. Battlefield tourism has a great significance to the European countries,” Mwadilo told the Star on Monday.

Taita Taveta has one of the best momentous sites in Kenya. Dating from the precolonial era, the sites carry rich and untold stories of past generations, he said.

For instance, the first powered plane to fly in East and Central Africa on August 8, 1915, was assembled at Maktau, Taita Taveta county.

It’s the flying of aircraft by the British military that fuelled the World War 1 big crashes between the British and German troops in Salaita Hill, Mwashoti and Maktau near the boundary of Kenya and Tanganyika, now Tanzania.

Salaita Hill stands out as the best epic site in the region. It was the first large-scale battlefield of the World War 1, involving British, Indian, Rhodesian and South African troops.

The battlefields have since then been marked as tourism hotspots.

The National Museums of Kenya in 2015 gazetted 15 sites in Taita Taveta county as sites of historical interest and significance.

Traces of World War 1 missiles and Voi, Taveta, Salaita, Bura and Maktau mass graves are among the visible remnants of the war.

Notably, the Voi Commonwealth War Graves, located next to Voi police station, carry the rich history of the war.

According to a report by the Commonwealth War Graves Commission, Voi became a hospital centre for British soldiers early in 1916.

Bodies of hundreds of African soldiers who died in the war were left along the way and there are no visible graves for them.

Besides the historical sites, the county boasts of the expansive twin-Tsavo National Park, wildlife sanctuaries, lodges and Vuria Hills, which is arguably the most preferred hiking and camping site in the coastal region.

If fully exploited, Mwadilo said, the sites have the potential to create hundreds of jobs for young, unemployed graduates in the region.

A century ago, a fierce global war centred in Europe was witnessed. At the end of the four-year madness, more than nine million combatants and seven ...
Sasa
8 years ago

The county is also seeking to promote domestic tourism to increase revenue collection.
Counties
2 months ago
Post a comment
WATCH: The latest videos from the Star
by SOLOMON MUINGI
Coast
22 November 2022 - 21:00
Read The E-Paper