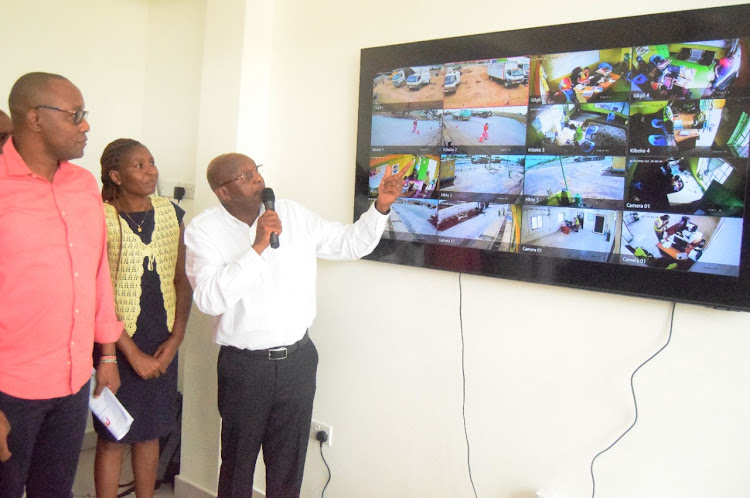 The National Transport and Safety Authority has launched a Sh2.2 million CCTV system to assist transporters monitor live updates of drivers along the Northern Corridor.

The launch, which took place in Mombasa on Saturday afternoon, is a partnership between NTSA and a private road safety consultant company, Pioneer Road Safety Consultant Limited.

PRSC has been operating 13 checkpoints since its inception in 2017 to ensure drivers are safe and in good condition to continue with their journeys.

“We are doing this because studies have shown that 85 per cent of road carnage is caused by human behaviour, which we believe can be enhanced by corrective journey management making sure that drivers are rested on the road so that they are not fatigued,” said Habel Amakobe, PRSC founder and CEO.

Amakobe said what the company does is take charge of the driver’s journey management including the driver’s wellness programmes and best practices on the road at all checkpoints.

“We have 75 transporters using our services. Today we are looking at about 15,000 truck drivers on the road since inception in 2017 and they have remained safe all through,” Amakobe said.

The programme, he said, has been sponsored by one of their clients, Motrex Limited, to the tune of Sh1.7 million including maintenance fees.

The company has also donated nine breathalyzers at a cost of Sh92, 000 per gadget plus an annual service fee of Sh7,000.

“This will help us champion road safety initiatives through driver wellness initiatives at our Maungu Checkmate roadside station where we have a nurse and a clinical officer waiting to check on the wellness of our drivers,” he said.

“Our basic focus is to ensure that our drivers are safe. It makes a difference when drivers leave their homes safe and get back safe to their families”

NTSA coast regional manager Eva Nyawira lauded the initiative as a game changer to the country, saying that it will go a long way to curb road carnage and ensure safety of drivers along the road.

She said for the longest time drivers have been ignored as people thought that they were failures and at fault whenever an accident occurs.

She said through the new initiative, drivers will be well taken care of so that while they are on the road they know that someone is concerned about them.

“Drivers sometimes face challenges along the road, but through the checkpoints somebody can meet them and talk to them, listen to their challenges and be able to address some of the challenges and check on their wellness and just check if they are driving safely,” Nyawira said.

She said road safety is not about one person or institution, but rather it’s about combined efforts to get solutions along the road.

She reiterated that the system needs to be replicated in the country not only in the Northern Corridor but across all major highways in the country so that drivers’ safety can be guaranteed.

“When the drivers are safe then other road users are safe," she said.

Nyawira added that the security and safety of drivers go hand in hand.

Truck drivers have recently complained about their security along the major highways after some of them were hijacked and killed. About nine drivers have lost their lives to hijackers between January and October.

Nyawira called on the National Police Service to beef up security along the high-risk areas along the highways to curb insecurity to ensure that drivers feel comfortable driving either during the day or at night.

“My advice to all drivers is that do not pick passengers along the road. If you are given a vehicle, drive it to the destination without carrying any passengers on the way because that is when you can get hijacked,” she said.

Kenya Transporters Association chairman Newton Wangoo also lauded the new initiative, saying that what Checkmate was doing was to give back ownership of the truck to the owners.

“They are now giving us visibility to see and monitor what is happening in all checkpoints. Speaking from a user point I can say that we now have control of our trucks,” said Wangoo.

As drivers pass through the checkpoints, they are checked on their well-being and fatigue is controlled too.

They also check on the condition of the truck, the seals and cargo and if there are passengers or not.

“All trucks sleep at checkmate points. It is not for the drivers to decide where to sleep. For me, this kind of journey management is a godsend,” Wangoo said.

Post a comment
WATCH: The latest videos from the Star
by ONYANGO OCHIENG’
Coast
20 November 2022 - 22:00
Read The E-Paper