From hawker, to tenders, to street beggar: The story of Rashid

In 2020 he was slapped with a Sh1.7 million bill by the Kenya Revenue Authority for tax evasion.

• His financiers would take 75 per cent of the profits and he was only left with 25 per cent.

• He said he was misled into believing that people with disabilities were exempt from paying taxes. 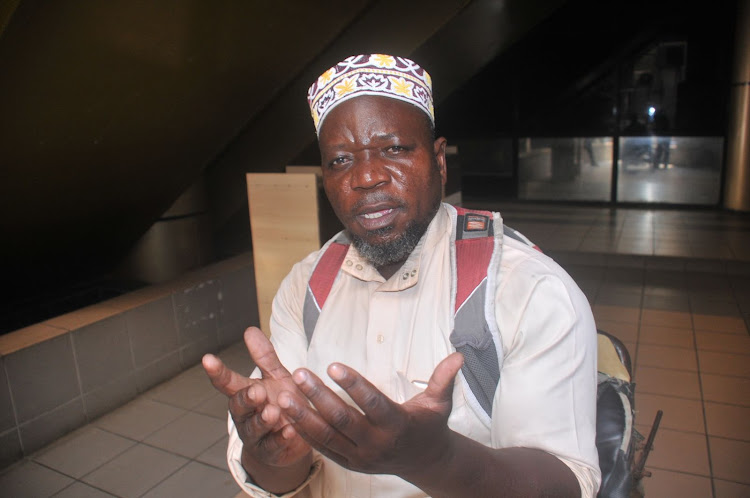 Uthman Rashid, 43, has a disability and uses a wheelchair.

The father of four arrived in Mombasa from Sio Port in Busia county in 1999 to stay with his aunt.

He then started as a hawker in Mombasa's downtown and later trained as a Madrassa teacher.

In 2017, he registered a company, Al-Fukarau Agencies, so he could get government tenders to take care of his family.

“I started getting tenders from government parastatals and county governments, and I got a reprieve from the hardship that came with hawking in town in a wheelchair," he said.

He was supplying stationery and personal protective equipment.

However, his financiers would take 75 per cent of the profits and he was only left with 25 per cent. He said he was misled into believing that people with disability were exempt from paying taxes.

"They told me that I was not supposed to pay taxes because I was a person with a disability, and so the remaining 25 per cent of the profits would be enough for me," he said.

However, in 2020, Rashid was slapped with a Sh1.7 million bill by Kenya Revenue Authority for tax evasion.

He could not raise the money and he was denied a KRA compliance certificate. This meant he could no longer bid for tenders.

During an interview with the Star in the Mombasa office, Rashid was lost in thought as his eyes rested on the handles of his old wheelchair, his only means of mobility for as long as he could remember.

He said he accepted the terms of his financiers and that the money from those tenders helped him and his family immensely.

When Covid-19 struck in March 2020, it swept his savings, and with no tenders in sight, he went bankrupt.

In June 2020, when he was applying for a tax compliance certificate, he realised that he owed the taxman Sh1.7 million in arrears.

When he raised the matter with KRA, he was told that the only tax exemption that he had was on income tax only.

"I told the KRA officers in Mombasa that I was ready to pay the debt, but I first needed a tax compliance certificate so that I could apply for tenders to get money to pay the debt,” he said.

The Tax Service Office for Mombasa South, through official correspondence, told him he had to follow due process to get the certificate. That included paying the first instalment of about Sh700 000.

"To be honest, I don't even have a coin. I now beg in town to survive. My wife fled with my four children last year when life became unbearable," Rashid said.

KRA, through the letter dated September 27, 2022, said that Rashid's taxes have accumulated from January 2018 to date.

"We are unable to issue a tax compliance certificate due to pending tax liability amounting to Sh1,778,025 and the fact that your KRA PIN is already blocked due to non-compliance," a letter from the Mombasa South KRA TSO read.

"Tax compliance certificate can only be issued under the following conditions: applying for the PIN to be unblocked; agreeable payment plan; payment of the first instalment," the letter added.

Rashid, a resident of Likoni, is hoping he can meet with the KRA Commissioner General in Nairobi and present his case for consideration.

He is also appealing to anyone who can help him with a job to help him, so he can get off the streets and take care of his children.

“I’m now back in the streets begging to survive,” he said.

When contacted by the Star, Kenya Revenue Authority Southern regional coordinator Joseph Tonui said he would call back to clarify on the issue but he did not. Later attempts to call him were unsuccessful. 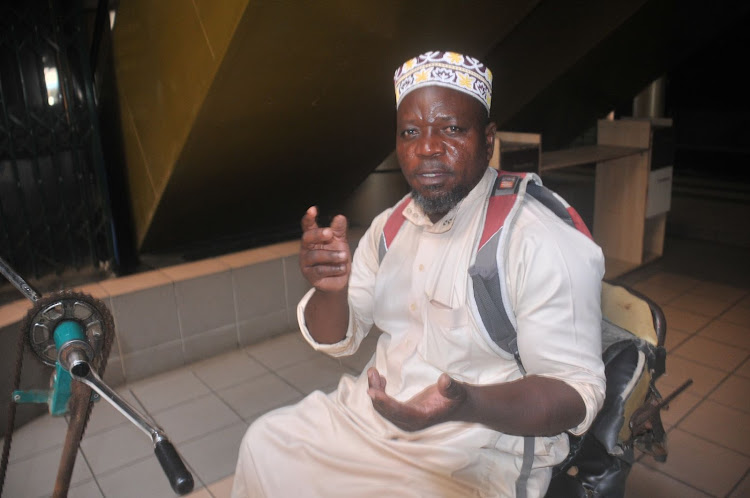