A total of 1,655 diabetic patients who are currently on treatment in Mombasa

•She said that diabetes is a disease which does not have a specific cause because it has various contributing factors which include body weight, age, foods that people are consuming and inheritance.

•“If someone in a family has diabetes, then there is a high possibility of that generation being victims of the disease because it is inherited,” she said. 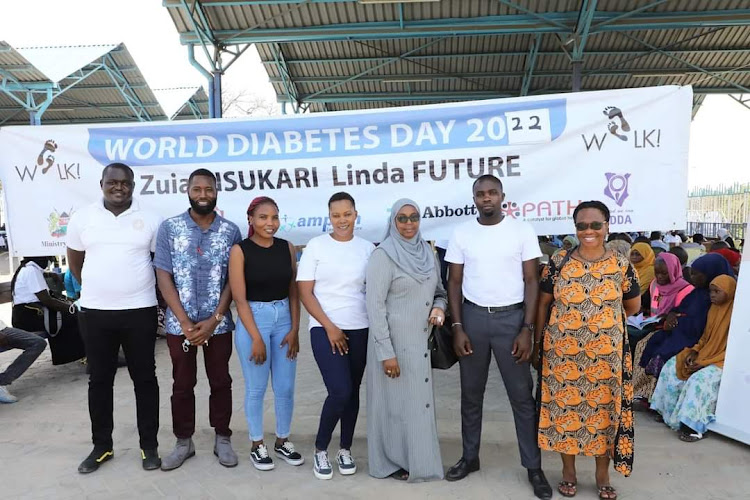 Mombasa County is among the regions in the country which have continued to record high cases of diabetes.

According to the county head of non-communicable diseases Esha Mohammed, there are a total of 1,655 diabetic patients who are currently on treatment.

She said that diabetes is a disease which does not have a specific cause; it has various contributing factors including body weight, age, type of food one eats and inheritance.

“If someone in a family has diabetes, then there is a high possibility of that generation being victims of the disease because it is inherited,” she said.

She said that there are also drugs which are also consumed that can damage the insulin-controlling sugar in the body thus leading to someone being diabetic.

“We have drugs which also lead to diabetes. The drugs that are used to reduce the HIV virus in the body cause the disease and a high percentage of people using those drugs are diabetic,” she said.

She said that the Mvita sub-county has the highest number of people who are diabetic.

“The data shows that overweight cases are among the main causes and it is caused by the kind of food people eat. In Kenya, the prevalence of diabetes is at 4.5 percent according to 2019 statistics and Mombasa belongs there,” she said.

She said that their main focus in dealing with the disease is on adults because diabetes in adults can be controlled but in children, it cannot be controlled.

Children usually have type one diabetes which is hard to control, according to Mohamed.

She called upon residents of Mombasa to adopt exercising to reduce their overweight and also reduce eating food which is sugary and has a lot of oil.

“Consider eating a lot of fruits and vegetables. Let us normalize doing exercise.”

Speaking during world diabetes day on Friday, Mohammed said that they are creating awareness and educating the community on what they are supposed to do to control the disease.

She said that there are people who have the disease but they are not aware thus the need for people to visit health facilities for consultation and guidance from nutritionists.

Last year, Mombasa County partnered with Medtronic Labs in making the management of diabetes among patients to be paperless.

She said that they have an electronic tool which is used in uploading patients into the system so that when they visit a health facility, they do not go through the process of file opening.

“This tool has really made our work easy in our health facilities, it is used by doctors when treating the patients and also pharmacists in giving the drugs. Initially, we used to have files which in most cases were complaints of patient’s records and data getting lost,” she said.

The system is used to record patients suffering from Hypertension and diabetes.

In Mombasa, there are a total number of 4,352 patients suffering from diabetes and hypertension have been captured in the system.

“There is a need to educate the community because, with diabetes, even the life expectancy reduces. They need to know what the disease is and how it can be controlled so that when somebody discovers they have the disease, they do not give up,” he said.

He said that people should visit health facilities with qualified nutritionists who will help them know how to deal with and control the disease.

“We want to call upon residents of Mombasa to really put into consideration their health and observe what they eat. People need to do exercise because out of 100 individuals, 64 percent are obese and obesity is a risk factor of getting the disease,” he said.