Government has been called upon to intervene and rescue Kenyans from poverty.

•He said the 2020 to 2022 drought has been the most severe and the longest with an impact on the national economy.

•The chairman said that Climate action is among the key SDGs that accountants work towards every day in their role. 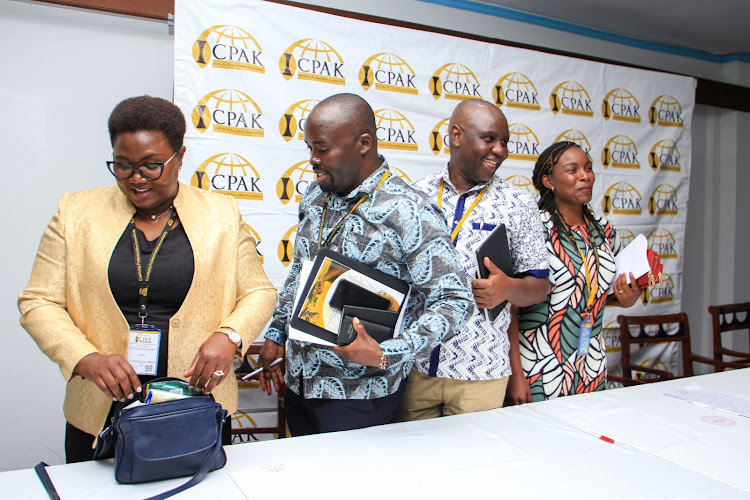 The Institute of Certified Public Accountants of Kenya officials have called upon the national government to roll out the Greening Kenya Campaign in the fight against climate change.

ICPAK chairman George Mokau said the drought situation in Arid and semi-arid areas had risen to a crisis level.

He said the 2020 to 2022 drought has been the most severe and the longest with an impact on the national economy.

“The ongoing drought has led to the depletion of our food baskets and reservoirs. The displeasing scenes of dead animals and people dying from hunger reminds us that we not only need to focus on immediate interventions for the hunger-stricken communities but also long-term interventions of climate change,” he said.

“It is time that we join the Greening Kenya Campaign which focuses on growing trees in schools, universities, education centres, farmlands and dry lands.”

Mokau said that there is a need for the government to intervene to rescue Kenyans from the vagaries of poverty.

To avert the further loss of lives, the chairman said as ICPAK officials, they want the government and private sector to embrace sustainability reporting and continued climate financing strategies as a way of combating climate change challenges.

He said the government needs to review its emergency response policies and reallocate funds to supply food and water to Kenyans in the affected areas.

“The government should also enact laws and policies that will help in the conservation of the environment to avert such risks that are associated with climate change like drought and floods," he said.

Speaking during the annual ICPAK conference in Mombasa, the chairman said subsidizing the cost of food production will help in ensuring that there is food security in the country.

“We have seen massive losses occurring to farmers for both crops and livestock, therefore, we not only need to focus on numbers but also on climate change," he said.

He said the mission of ICPAK is to develop and promote internationally recognized accountancy professions that uphold public interest through research and innovation.

The chairman said that Climate action is among the key SDGs that accountants work towards every day in their role.

“To achieve sustainable business practices, we as accountants must work together because cross-sector collaboration is critical to secure the support and the resources needed to achieve this commonality,” he said.

He said that the accounting profession has a unique mandate to hold the government and businesses responsible and accountable.

"With a strong accounting profession, we can help drive the changes needed to transform this globe for the better," he said.

Economic growth has a huge impact on the lives of citizens across the country and the global accountancy profession is a driver of economic growth and stability.

"Kenya recognises devolved climate finance is a meaningful and effective driver of change."
InPictures
2 weeks ago

COP27: Experts explain what it is and why should you should care

It's a platform for the negotiation of international climate change treaties.
News
2 weeks ago

Ruto, during the COP27 summit rallied for support in dealing with the effects of climate change.
News
2 weeks ago
Post a comment
WATCH: The latest videos from the Star
by AURA RUTH
Coast
13 November 2022 - 11:30
Read The E-Paper