A section of representatives of the Old Town community in Mombasa Thursday stormed the offices of Mombasa Water Supply and Sanitation Company to complain over delays in the disbursement of compensation money. 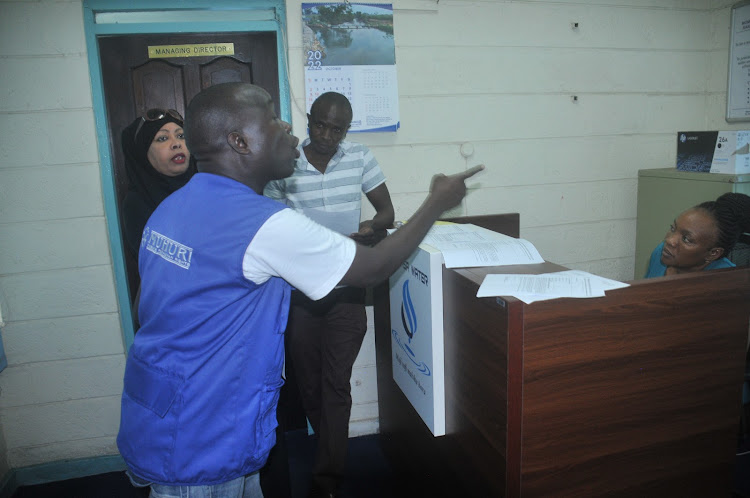 They were accompanied by the Muslims for Human Rights (Muhuri) organisation on Thursday.

Led by Lubnar Omar, the representatives said they wanted their disturbance allowance soon because the renovations had affected their businesses, which led to temporary closures.

At least 270 people have been affected by the project.

"The project is good but it disrupted our businesses because of the construction works. In addition, the old pipes spill sewage all over the place," Omar said.

"It's now more than a month since the listing yet the community members remain confused by the delay in releasing the compensation , which is their right."

The World Bank, through Mowasco, in August started renovations of the water supply and sewerage lines at Old Town to protect and preserve its heritage, a primary tourist attraction site.

Omar said the repairs at Old Town also caused dirt and sewage to spill over to their houses, putting their health at risk.

On August 23, 2022, Muhuri held a meeting with Mowasco and the representatives of the affected people to mediate over the disputed amount which the company would pay in compensation.

During the meeting, the two parties settled on Sh6,000 as the amount that every business affected would get.

In another meeting held on September 1, the affected people met with the water company and were issued award letters for compensation.

In the meeting, Muhuri's correspondence shows the company agreed to use water bowsers to sprinkle water twice a day to manage the dust caused by the project.

None of the items that were decided have been implemented yet, according to the lobby and the representatives of the Old Town community.

Auma and community leaders accused Mowasco of holding back their money illegally and said they would camp at their offices until their issues are resolved.

Mark Mwambota, the company's project engineer, tried to calm them down in vain.

They demanded assurance from the company's managing director Abdirahim Farah, who was not in the office.

However, the Mowasco boss later addressed the agitated group via a phone call made through Mwambota.

He promised that all the 270 affected people would get their money by November 22.