The Mombasa County government has shut down all illegal landfills and expects to clear them within the next seven days. 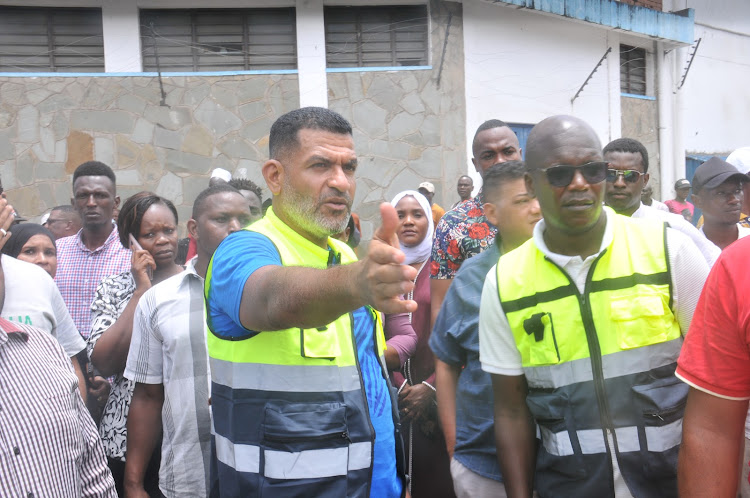 Mombasa county has shut down all illegal landfills and expects to clear them within the next seven days.

He said the landfills were supposed to be used as transfer sites, but because of lack of order they ended up as garbage sites.

“We have also suspended all charges on trucks, tuk-tuks and mkokotenis [carts] taking garbage to the Mwakirunge dumpsite and all the remaining transfer points,” Nassir said.

“It is such charges that tempt people to litter everywhere. This will no longer be a reason to make the city dirty.”

The governor said going forward, transfers will be done directly to trucks, and the public will be informed in the course of the week where to take their garbage.

The county has deployed 40 trucks to clear the garbage, Nassir said.

“The trucks will be stationed at designated sites to be communicated soon to the public in all the 30 wards in Mombasa," he said.

"We shall also deploy anti-dumping officers in all the illegal landfills that have been closed to ensure that those who continue the act will face the law.”

However, he said, the county will continue engaging in public participation to ensure that the public and all waste collectors are fully aware of the new changes.

“We expect to see order in all the transfer points. There will be no more excuses or reasons, all those involved will be sensitised about everything so that they don’t find themselves on the wrong side of the law. We have to achieve our agenda for a cleaner Mombasa. These changes must be felt within the next 100 days,” Nassir said.

The county will also undertake a construction audit to ensure that all buildings have biodigesters to treat sewage before it is released into the ocean, he said.

Nassir also promised to fast-track the issuance of construction permits to take less than 72 hours to streamline the sector even as they crackdown on illegal sewerage connections.

According to a UN Habitat Assessment Report of 2019 in conjunction with the county, Mombasa produces about 1,000 tonnes of solid waste every day.

The county only collects 60 per cent of this, the report said.

The remaining 40 per cent, it said, finds itself on the streets and illegal dumpsites all the way to the ocean, with some even blocking stormwater manholes.

Plastic waste, according to the report, comprises nine per cent and only half of it is processed for recycling.

Thoya urged residents to help the county deal with the garbage menace.

The deputy governor, who was put in charge of the programme to ensure that Mombasa is clean within the next 100 days, said he will not relent in his work.

He promised to take stern action on county officials found trying to compromise the work.

“We have the capacity as a county but we have been overwhelmed because of the garbage backlog, we are gradually closing the transfer sites so that we can manage the situation,” Thoya said.

Earlier in the day, Nassir and Thoya held a meeting with the Department of Environment, CBOs and waste collecting companies.

The meeting was also attended by representatives from WWF-Kenya and the Coca-cola Foundation who handed over three tuk-tuks to youth groups involved in garbage collection to promote a circular economy.

During an 18-month project, about 500 youth and women will benefit from Sh15 million grants and will be trained on plastic waste management.

“WWF-Kenya has been championing a circular plastics economy in Mombasa with a vision of making Kenya’s second largest city a plastic smart city by 2030,” a WWF-Kenya representative said.

Promises to be a servant governor, adding that his top priority will be the economic revival of Mombasa.
News
2 weeks ago
Post a comment
WATCH: The latest videos from the Star
by ONYANGO OCHIENG
Coast
22 September 2022 - 22:00
Read The E-Paper