Blow to Ruwa as governor, speaker posts slip away in Kwale 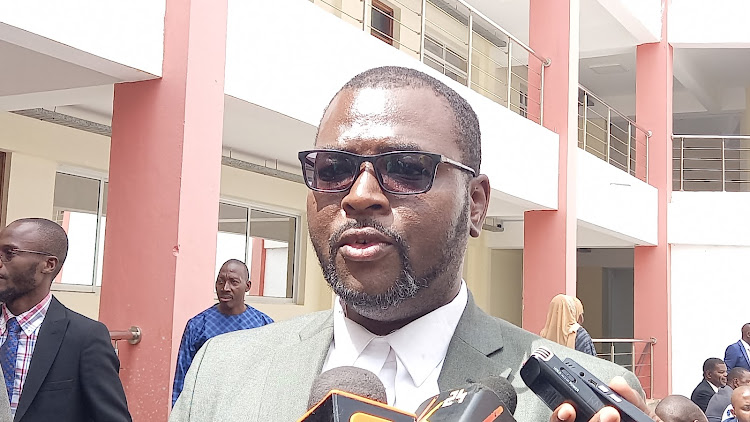 Former Kwale assembly speaker Sammy Nyamawi Ruwa has once again failed to secure a job in the political arena.

This is after the newly sworn-in MCAs elected Seth Mwatela Kamanza, a young lawyer, as the speaker of the third assembly.

The MCAs took an oath of office on Wednesday at the newly constructed Kwale assembly in Matuga subcounty.

Thirty MCAs were sworn in, 20 of whom were duly elected and 10 nominated.

Ruwa ran for governor in the August 9 election and finished fifth, losing to UDA’s Fatuma Achani.

This was his second attempt. In 2017 he lost to former Governor Salim Mvurya.

Four other men were also trounced by Achani, who had the support of Mvurya.

They were Wiper’s Chirau Mwakwere, Hamadi Boga of ODM, Gereza Dena of Kanu and Lung’anzi Chai of Pamoja African Alliance.

Ruwa, formerly of ODM, vied as an independent, after ditching PAA, which handed the ticket to Chai.

In the speaker election, Kamanza garnered 20 votes in the second round against his closest competitor, Salim Gombeni Suleiman who had 10 votes.

Ruwa was among the first people to be thrown out of the race in the first round.

Six other candidates had shown interest in the speaker position.

In the first round Kamanza garnered 13 votes, followed by Suleiman with nine votes, Ruwa seven and Zonga one .

Kamanza and Suleiman did not meet the threshold, forcing the assembly to repeat the voting.

Ruwa later posted a congratulatory messgae on his Facebook account and wished the new speaker a prosperous life.

"I thank God for the 10 years he allowed me to serve at the Kwale county assembly. It's now time to move on to the next assignment. Congratulation to my learned colleague Seth Mwatela Kamanza for taking up the role of the county speaker. May God be with you and sustain you as you serve the assembly," reads the post.

In his speech, Kamanza thanked the MCAs and promised to work within the law and enhance service delivery through better oversight.

"I pledge to work closely with you and ensure this House serves the needs of those who elected us," he said.

He told the MCAs to put aside their political differences and work in unity and shun divisions.

The new speaker said the ward representatives must bear in mind the responsibilities bestowed upon them by the voters.

“We are a house of the legislation and we must make certain that we enact laws that make the lives of Kwale people better,” he said.

Kamanza previously vied for the Kinango parliamentary seat and lost to Gonzi Rai.

He will be deputised by Andrew Mulei, Kubo South MCA.

Mulei ran unopposed since he was the only candidate who applied for the deputy speaker position. 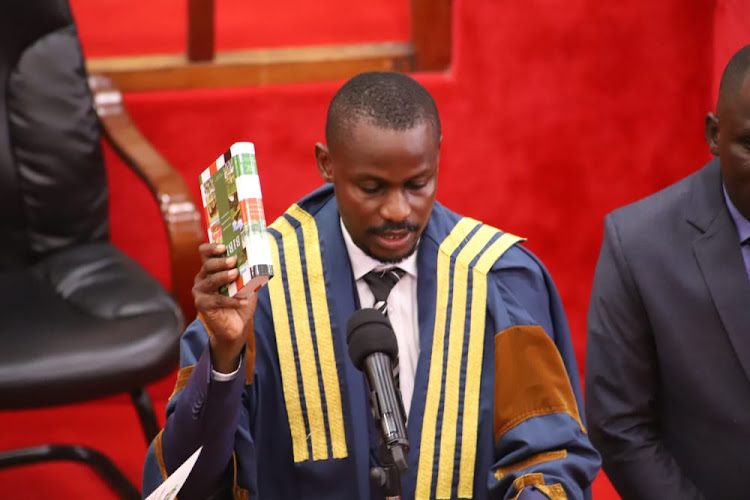 Say their names were scrapped off from various party nomination lists.
Counties
5 days ago

The bloc is tapping into the blue economy to create jobs in fisheries, tourism, maritime and shipping.
Counties
1 week ago

The outfit signed an agreement with Ruto's Kenya Kwanza before election.
Counties
1 week ago
Post a comment
WATCH: The latest videos from the Star
by SHABAN OMAR
Coast
22 September 2022 - 22:00
Read The E-Paper