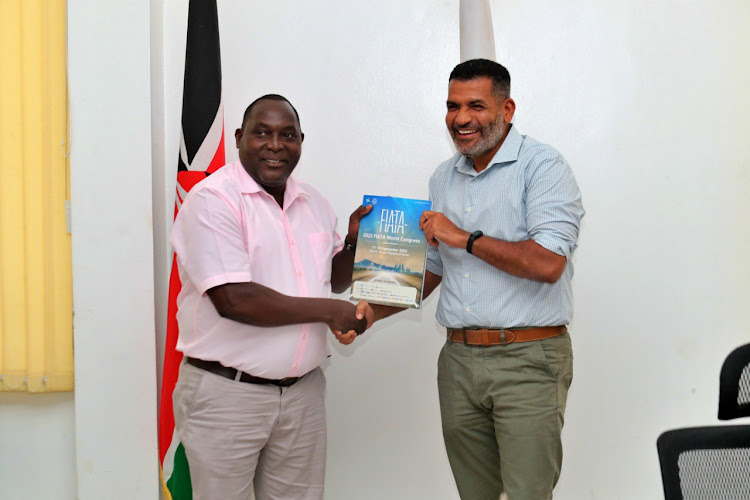 Mombasa Governor Abdulswamad Nassir has written to Kenya Ports Authority management to seek clarity on cargo clearance from the port of Mombasa.

Last week, President William Ruto issued a directive that all port operations should be reverted to Mombasa, adding that the move will restore thousands of jobs to the people of Mombasa.

However, the clearing agents in the country said KPA is yet to issue a public notice to inform the importers and shipping agents that services have been reverted to Mombasa.

On Monday afternoon, in a bid to address the problem, Nassir held a closed-door meeting with port stakeholders that include; the Clearing and Forwarding Association, the Kenya Transporters Association, and the Kenya International Freight and Warehousing Association (Kifwa) in his office.

In a statement, Nassir said the meeting was to assess the state of implementation of this directive.

“President William Ruto issued a presidential directive last week on the reversion of port services to the county of Mombasa. I welcomed this move as a positive step in the right direction towards reviving the economy of the region,” Nassir said.

“We are pleased to find that there has been progress but there needs to be a concerted effort by KPA to limit excess bureaucracy and red tape that is hampering businesspeople from working.”

Nassir said they will continue consulting regularly as they look forward to full implementation for the benefit of coastal people.

Kifwa national chair Roy Mwanthi, who was present during the meeting, told the Star that Nassir committed to follow up on the matter by writing to KPA management.

“The governor has drafted a letter to KPA management, and copied the Head of Public Service and the President concerning the transfer of port operations. We need clarity,” Mwanthi said.

According to Kifwa, KPA must issue a public notice to shipping lines and importers on the debacle of the nomination of cargo.

“KPA must come out publicly and announce through a notice that the earlier directive has been vacated in compliance with the presidential directive,” Mwanthi said.

In March 2019, KPA issued a directive that all transit cargo will be cleared from either Nairobi or Naivasha Inland Container Depots. The cargo was to be ferried via the Standard Gauge Railway.

This locked out importers from making a choice on where they prefer to clear their cargo after KPA nominated Nairobi ICD.

The directive triggered protests from the transporter and clearing agent, but it was never reversed, despite several street demonstrations and court cases.

On Monday, KPA acting managing director John Mwangemi told the Star in a phone interview that they have already started implementing the presidential directive.

“The reports by clearing agents are not factual, the process of returning port operations to Mombasa has already started and we have stopped the nominations of cargo to ICD Nairobi,” Mwangemi said.

He said shipping lines and the importers are also aware that nomination of cargo is now a preserve of the importers.

“They (importers) are now free to choose where they want to pick their cargo from. They are also free to either use the SGR or the trucks,” he said.