• Hadi said impassable roads in some areas of Kilifi and Tana River have been a major challenge to the organisation's efforts to reach vulnerable families.

• Tawfiq Hospital has been treating residents who have been affected by drought. 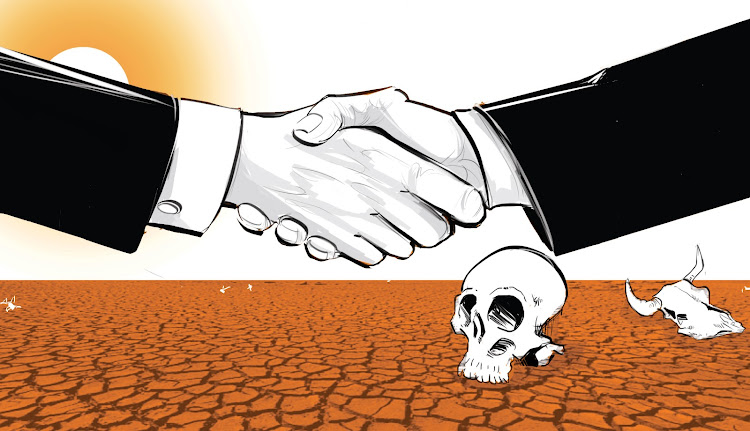 A youth organisation is distributing relief food to famine-stricken families in Kilifi and Tana River counties as drought worsens.

“We started this programme in 1979. This year alone, the number of families that have benefitted in Kilifi and Tana River counties is 2,800 and 10,000 respectively," Tawfiq Hospital CEO Ahmed Hadi told KNA on the phone.

“We thank God that we have made it possible for the affected families to put food on their tables.”

Hadi said impassable roads in some areas of Kilifi and Tana River have been a major challenge to the organisation's efforts to reach vulnerable families.

“The main challenge we usually face in both counties is poor roads. Others include not getting enough food to cover all the affected areas and scarcity of resources,” the CEO said.

Tawfiq Hospital has also been treating residents who have been affected by drought.

“Many children that were treated by our doctors were malnourished. This year alone we have done many medical outreach programmes in Kilifi and Tana River counties. About 3,000 people benefited from this programme," Hadi said.

According to the National Drought Management Authority's Drought Early Warning for August 2022, Tana River was in an alarm-worsening drought phase.

Tawfiq Muslim Youth Organisation was registered in 1979 to assist communities in famine and disaster relief, acquiring efficient and affordable health services, and fulfilling their educational and spiritual obligations.

Tawfiq Hospital is a project of the Tawfiq Muslim Youth Organisation. It was established in 1992 to provide quality and patient-focused health care to all without discrimination, directly or through partnerships.

Kwa-Ndaki Earth Dam, which has a capacity of 154 million litres, has dried up.
Counties
2 weeks ago

The western part of the country will continue receiving rainfall from September.
News
3 weeks ago

Isolated incidences of storms that could cause flash floods are however likely to occur.
News
3 weeks ago

Experts place probability of short rains failing in Northeastern region at 65 per cent.
News
3 weeks ago

In northern Kenya, there have been no rains back to back for four seasons.
News
4 weeks ago

This is likely to subject even more Kenyans to food insecurity.
News
1 month ago
Post a comment
WATCH: The latest videos from the Star
by KNA
Coast
15 September 2022 - 22:00
Read The E-Paper