Says her administration will be inclusive and collective 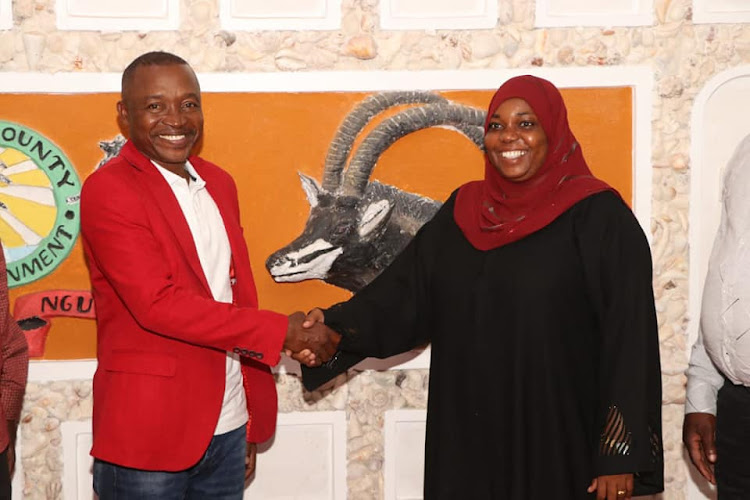 Kwale Governor-elect Fatuma Achani has promised to run an ‘open county government’ once she is inaugurated.

Achani said the elections were over and it was time to come together for the prosperity of the county.

She pledged that her administration will be inclusive and collective.

Achani spoke when she hosted elected MCAs and Lungalunga MP-elect for a breakfast meeting at the county government headquarters.

She said this as preparations to swear in the coastal county’s first female governor on Thursday were finalised.

She is set to take the oath of office as the county’s second governor at the newly constructed Kwale Sports Stadium at 9am.

Achani, who is also the outgoing deputy governor, said she will be honest, transparent and trustworthy in dealing with the people.

She has assured residents that she will work hard daily to make them proud.

Achani thanked the people for voting for her in the August 9 general election and UDA for giving her the platform to serve the people.

She also promised to complete all ongoing projects initiated by outgoing Governor Salim Mvurya, whom she said has left behind a colourful development legacy.

“Our priority areas for sustainable growth and development shall be revenue reform for economic independence," she said.

"Others are road infrastructure and rural economic development, responsive healthcare system and revival of the tourism sector."

Achani said the county receives a budget of Sh8 billion from the Exchequer annually but asked the residents to support her administration by paying their taxes and diligently performing other civic duties.

The governor-elect called for stronger synergy between the local legislature and the county government and other arms of government in the budget-making process to ensure it is conducted with integrity, patriotism and responsiveness.

She said her deputy, having served as MCA, would collectively ensure that the county assembly would be empowered to play its oversight role effectively.

Achani will take her oath of office alongside her Deputy Josephat Kombo, the outgoing MCA for Samburu-Chengoni ward.

Justice Olga Sewe and magistrate Joseph Mutuku will administer the oath of office to Achani and Kombo respectively.

Governor-elect thanks him for championing for women's leadership; grateful to husband for supporting her ambitions
Counties
5 months ago