Mwadime, an independent candidate was declared the winner by IEBC.

• Wakujaa, as he is referred to by his supporters trounced the incumbent governor Granton Samboja with 49,901 votes to win the coveted seat. 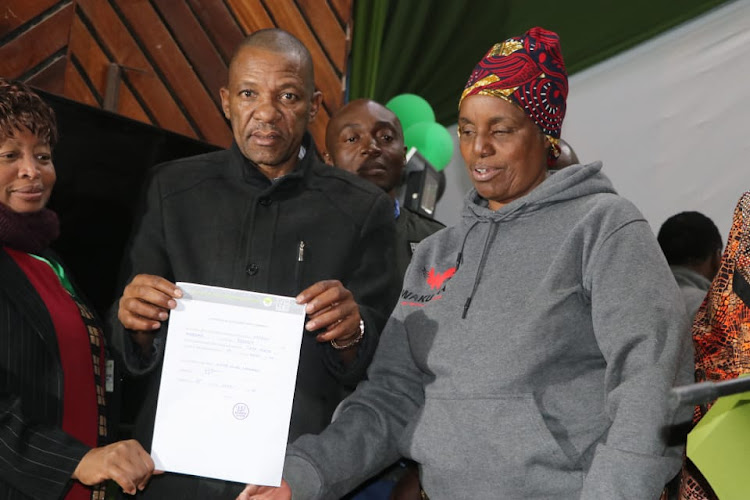 Wakujaa, as he is referred to by his supporters trounced the incumbent governor Granton Samboja with 49,901 votes to win the county top seat.

Samboja of the Jubilee party came a distant second with a staggering 23,703 votes.

Mwadime becomes the second governor to be elected on an independent ticket after Meru’s Kawira Mwangaza who defeated the incumbent Kiraitu Murungi.

The crowded contest had polled 13 contestants.

The governor-elect in an interview said he shall prioritize revamping the region's economy and helping residents boost agricultural production.

"My team has a long list of priorities but we shall deal with fighting hunger and revamping the economy," he said.

He said he will bring all other leaders together to strategize on how to bring development to the region.

Earlier, Mwadime's supporters had protested the delay in the declaration of the results.

They said the polls body had taken more than 73 hours to tally and declare results despite the low voter turnout.

"Other counties with hundreds of votes to tally have already declared results while we are still here tallying less than one hundred votes," Harrison Kamwana said.

He said the delay had caused anxiety among supporters.

Haika lauded her supporters for handing her a second term.
Counties
1 month ago