Farmers at the Bura Irrigation Scheme in Tana River want the government to complete canals to allow water to flow by gravity to their farms instead of using pumps.

On Sunday, the farmers expressed frustration over the lack of enough water to grow their crops, especially rice, which requires a lot of water.

They want the National Irrigation Board to complete the construction as soon as possible.

“We don’t know if the fuel for the pumping machine at Nanigi is being utilised in the right way, because if so, we wouldn’t lack water,” Lucy Wangari, a farmer at the scheme said.

“We want the government to intervene because these canals have taken a long time and every time a contractor comes in, they leave the project unfinished."

Wangari noted that the delay has made it impossible for them to repay their loans because of losses incurred.

“We have been financed to farm in these areas but because of the lack of water, we cannot see the benefits. The government gave us some money but we don’t know how we will be able to repay,” she said.

She also asked the Kenya Wildlife Service to intervene because elephants are also grazing on their farms at night. 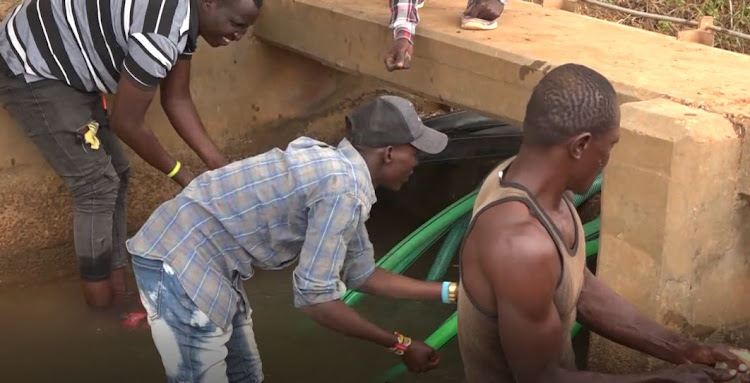 Farmers pumping water from the canal to their farmers
Image: STEPHEN ASTARIKO

Another farmer, Jacinta Wanjiku said farmers who depend on their farms have been facing a lot of challenges despite an increase of 50 per cent fee to access the water.

“We have water shortage in our farms and yet the tariffs have been increased from a monthly rate of Sh5,000 to about Sh7500.  We want to government to increase the water flow for us to get a good harvest,” she said

James Gichira, a worker at a farm in Village 7 said it has become difficult for farmers to pay their workers because of poor harvest and this has led to losses.

“I haven’t been paid for several months and I understand because water is not enough, there is also the issue of the high cost of fertilisers and invasion by wild animals which leaves farmers with nothing,” Gichira said.

“Fertilisers now sell at Sh5,000 to Sh7,500. With low produce here, some buyers even buy a kilogramme of rice for as low as Sh50. What will the farmer be left with." 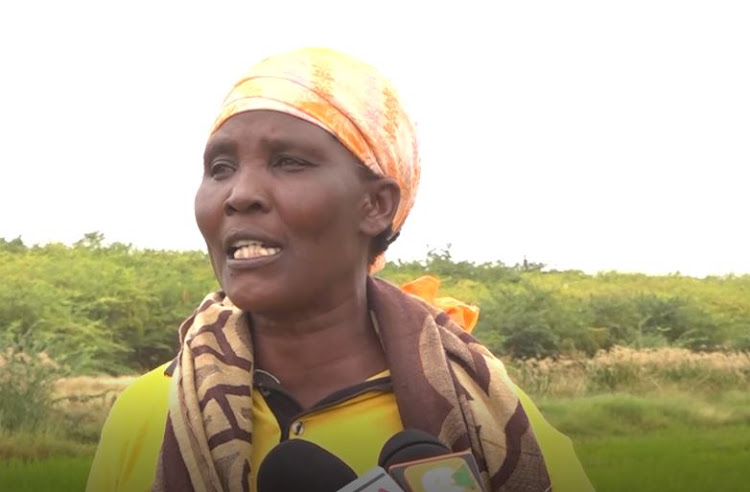 Jecinta Wanjiku a rice farmer at the Bura Irrigation Scheme speaking to the press on Sunday
Image: STEPHEN ASTARIKO

Say going by her track record, with a bigger kitty she can do more
Counties
4 months ago