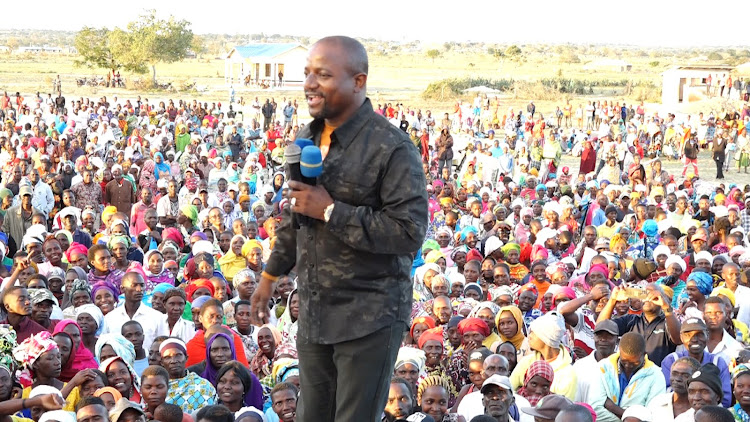 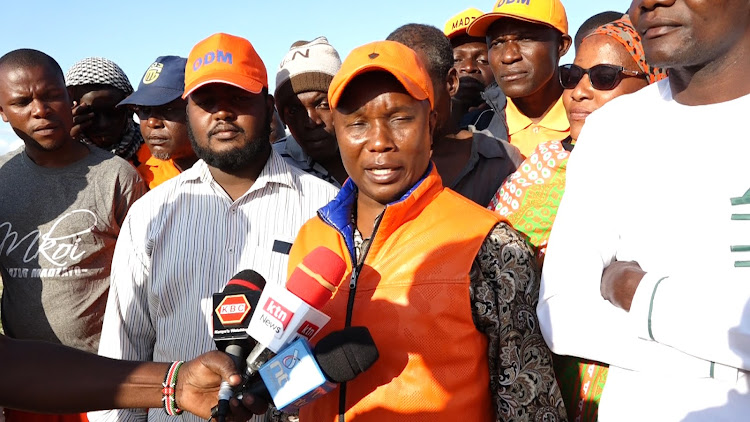 Pamoja African Alliance Party (PAA) and ODM leaders are embroiled in a political war over claims of voter bribery ahead of the August 9 polls.

On one hand, PAA led by Kilifi governor candidate George Kithi claim there is a plot by ODM to rig the elections electronically.

Addressing supporters in Bamba during his final rally on Saturday Kithi claimed ODM has dispatched a team from Mombasa and Nairobi with computers to rig the polls.

On the other hand, ODM chairman in Kilifi county who is also the Ganze MP Teddy Mwambire who was having a parallel rally in Bamba, claimed PAA was distributing food to lure voters to vote for them.

He said some PAA members were also taking details of identity cards of voters with a view to helping them rig the elections.

In his address Kithi said they do not want PAA votes to be stolen.

“There are people who have come from Mombasa and are staying in Bofa, they have pitched camp there and installed computers to steal votes we know them they have been brought by Mombasa people from Nairobi,” he said.

Kithi said they are aware of those from Mombasa who have a tendency of stealing votes, adding that they tried it in Kwale.

He said currently, another team has also camped in Malindi with computers trying to plot to steal votes of the Mijikenda which will not be acceptable.

“We want elections where the voice of the person from Kilifi will be heard. Our votes will be cast in PAA party to our leaders because Kilifi county belongs to residents and we want justice to be done to the people, the suffering that  the people of Kilifi have endured will come to an end on August 9," he said.

Mwambire said the PAA party began with registering ID numbers, telephone numbers, and birth certificates and now they had turned to relief food distribution and giving them Sh100 to vote for the party.

However, he said Ganze people and Kilifi at large are now clever and are going to vote for the rightful party and leaders they want and that is ODM.

“I warn the competitors there is no need of walking at night holding meetings because the people have made their choice for the leaders, it is sad that in an area like Mwahera we witness people sleeping in the chief’s office veranda while others were seeking refuge from relatives because they were from a meeting and had been promised food,” he said.

The Ganze MP said it was unfortunate that the county government of Kilifi chose to distribute food during this period when elections are around the corner.

He said they have reports that they have a lot of food in store which is aimed at being distributed to residents to vote for PAA.

Mwambire called on chiefs and all administrators to ensure no one is injured or killed in the name of scrambling for relief food.

Fikirini Jacobs an ODM youth who is on the list of those who will be nominated as Senators, said it was wrong for leaders to store food and wait until time for elections to release it for distribution so as to be elected while people have been suffering all through.

Jacobs said there is no other candidate other than those of PAA who have been given relief food to distribute that's why there has been chaos witnessed even during rallies organised by Governor Amason Kingi.

A resident of Bamba called on Kenyans to vote peacefully and warned youths against being used to cause violence. 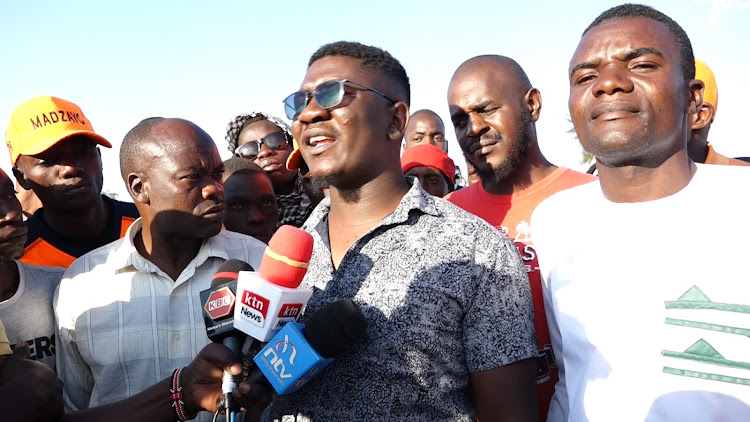 I funded Kingi when he first joined politics, says Raila