Wiper split between Nassir and Awiti after Sonko joins UDA 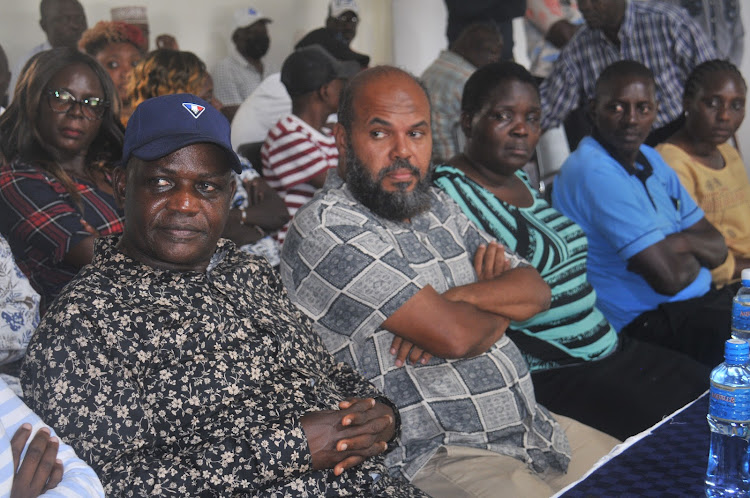 Cracks have emerged within the Wiper party in Mombasa after some candidates rejected the party's decision to back Mvita MP Abdulswamad Nassir to become the next governor.

Sonko has since decamped to UDA and is supporting former Mombasa senator Hassan Omar, Nassir's rival.

"The official position of the party is that we have endorsed Nassir for governor," Twaha said.

However, some Wiper candidates led by Senate aspirant Abdulsalaam Kassim have decided to back former Nyali MP Hezron Awiti of the Vibrant Democratic Party for the top seat.

Twaha said the candidates supporting Awiti are going against party directives, adding that they could face the party’s disciplinary action.

He added that party members are free to join any other party and leave at will, but as officials, they have to stand with the party’s position.

"Maybe they don't want to associate with ODM because they will feel like Wiper has been swallowed. We would have summoned them to face disciplinary action, but there is no time,” Twaha said.

He said the decision to back Nassir does not affect Wiper candidates for other elective seats in the county, saying they will battle it out with other Azimio and UDA candidates.

Millicent Odhiambo, the Wiper candidate for Nyali constituency, said they did not go against any party directive for backing Awiti.

She said they were not consulted when a decision was being made to back Nassir. “We only heard the decision through the media.

"You cannot make such a decision without involving us the candidates," she said.

"We are the ones on the ground and any decision made has a spiral effect on us directly. We did not know anything.”

Odhiambo said the decision they made to back Awiti was of 'survival', adding that they opted to back a candidate who was neutral.

She said they cannot back a candidate who also has his party candidates in the county, and has been fighting them.

The governor candidate said Azimio has held several meetings in Mombasa, and as Wiper, they have never been allowed to share the platform with them.

"To date, as Wiper candidates, we have never received any money from Azimio. It is like we don't exist. We cannot spend our money to pay nomination fees and be treated like rags. Imagine up until now nobody has talked to us," she said.

Odhiambo also accused some Wiper top brass of being political brokers who have been auctioning people for monetary gain.

Awiti is making a second attempt at the governor seat after losing in 2017.
Counties
6 days ago

The positions are spread from the National government to Mombasa and Nairobi counties.
News
1 week ago
by ONYANGO OCHIENG
Coast
04 August 2022 - 22:00