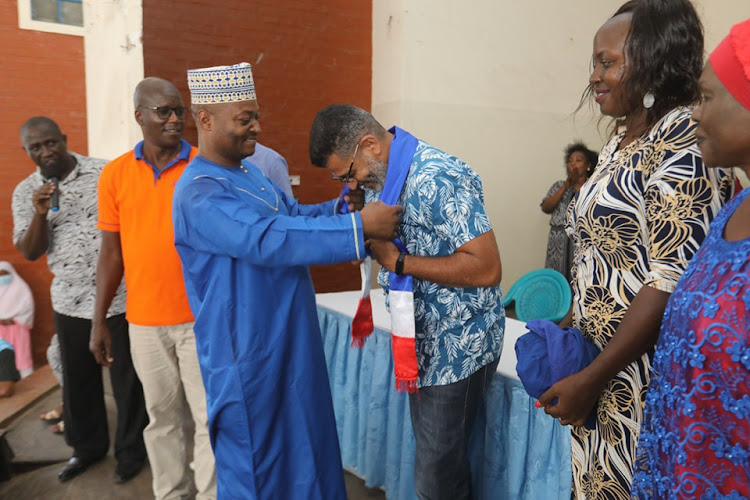 With only four days to the August 9 general election, the race to succeed Mombasa Governor Hassan Joho has narrowed down to two main contestants after Mike Sonko declared he is support for Hassan Omar.

The Independent Electoral and Boundaries Commission cleared eight candidates but ODM's Abdulswamad Nassir and Omar of UDA have emerged as the clear favourites.

Nassir, a two-term Mvita MP, was leading the race but Mike Sonko's decision to back Omar has raised the former senator's popularity.

Sonko was blocked from running after the court declared him unfit to hold public office after his impeachment as Nairobi governor in December 2020.

Nassir, who enjoys the support of President Uhuru Kenyatta and Azimio la Umoja One Kenya Coalition presidential candidate Raila Odinga, has been leading in almost all the opinion polls.

He also enjoys the backing of Joho.

On the other hand, Deputy President William Ruto and the Kenya Kwanza Alliance have thrown their weight behind Omar.

Despite Sonko’s decision to support Omar, the Wiper leadership in Mombasa said they will support Nassir.

On Tuesday, Wiper and Jubilee said they will support Nassir as the sole candidate for Azimio.

Speaking during the event to endorse him at the Tononoka Social Hall, Nassir pledged to work closely with Wiper to deliver his manifesto.

The meeting was attended by wiper delegates drawn from Mombasa, led by the party’s county chairman Sheikh Twaha.

“Wiper is a key figure in the political landscape of the country with a significant presence in the coastal region. I am humbled and grateful for their support,” Nassir said.

He reiterated that his administration will embrace the unity of all communities living and working in Mombasa.

Earlier on, he was endorsed by Jubilee in a function at the KPA Mbaraki hall, attended by Mombasa Jubilee delegates led by their chairman Peter Gichamba.

“When I set out to contest for the governor seat, my ambition was to unite the people of Mombasa and revive our economy," Nassir said.

“My candidature has never been about me as an individual, it has always been about the great people of Mombasa.”

From the two endorsements, Nassir hit the ground running traversing Kongowea ward in Nyali constituency before joining Likoni MP Mishi Mboko in Timbwani ward for a series of political activities.

The Akamba community is perceived to be the second largest voting bloc in Mombasa after the Mijikenda.

Omar, who is now taking a second shot at the seat, on Sunday welcomed Sonko to his team.

“I want to officially welcome our new partner (Sonko) to our ‘Mageuzi Halisi' team, I have faith that through our collaboration we are going to win,” Omar said.

Sonko’s entrance is expected to woo the Akamba vote with Kisauni MP Ali Mbogo commanding a huge following of the Mijikenda community, especially from his constituency.

Since joining forces with Sonko, the two have been traversing the county making inroads in Nyali, Kisauni, Likoni and Jomvu constituencies.

“The revolution is real, we must recapture Mombasa from the cartels and lead it to the path of prosperity,” Omar said.

Omar and the entire UDA Mombasa brigade have sustained attacks on Joho accusing him and his cronies of hijacking the county for selfish interest.

The team is expected to host DP Ruto for a final Kenya Kwanza mega rally in the coastal region dubbed ‘Enough is enough!’ at the historic Tononoka grounds on Thursday.

The rally was initially scheduled to take place on Friday, but reports emerged that the venue had been booked by the Azimio for Raila’s final rally in the region.

“We had to reschedule our rally, let them (Azimio) have the grounds on Friday. I call upon all our supporters to turn out in large numbers on Thursday to listen to our closing statements,” Omar said. 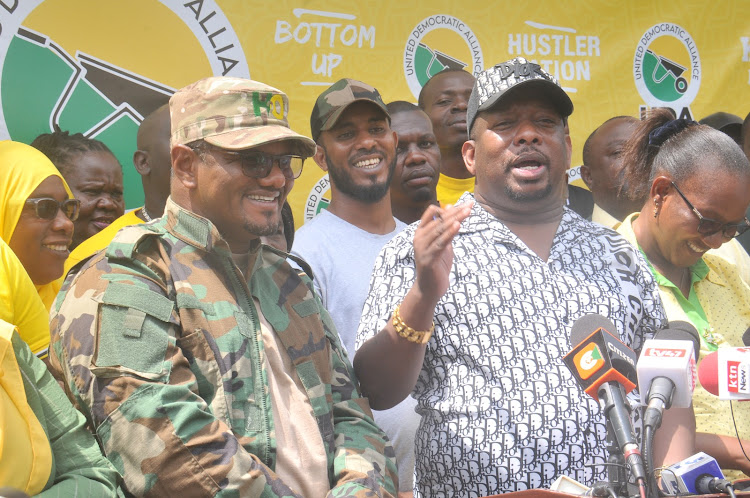 "We welcome Mike Sonko to Kenya Kwanza, the winning team."
News
1 week ago

The President and his deputy have been on the warpath
Counties
1 week ago
“WATCH: The latest videos from the Star”
by ONYANGO OCHIENG
Coast
03 August 2022 - 22:00