Administrator says those found risk heavy penalties, including being barred from participating in future elections 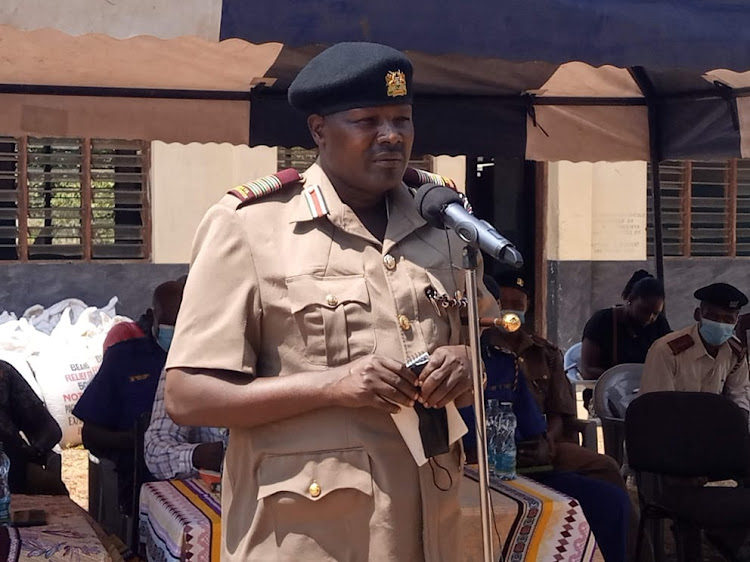 Kwale politicians have been put on notice over claims of buying ID cards to influence the outcome of next week's elections.

Kenyans go to the polls on Tuesday next week and candidates for various seats are busy hunting for votes.

There has been claims that some candidates were buying voter's national identification cards to facilitate rigging.

County commissioner Gideon Oyagi said buying ID cards is a serious electoral offence and that those found risk heavy penalties, including being barred from participating in future elections.

Oyagi told residents to keep away from such politicians, describing them as killers of democracy.

"We have heard some people are buying IDs, those are enemies of development and the constitution and should be avoided," he said.

Oyagi spoke on Monday during the welcoming of a deputy county commissioner for the newly established Shimba Hills subcounty.

He advised residents to report the perpetrators to the Independent Electoral and Boundary Commission and the law will take its course.

"IEBC has asked us to help arrest the criminals and charge them in a court of law, so let's cooperate," he said.

The administrator said hiding the culprits is not only a crime but a threat to the socio-economic growth of the people and proper leadership.

He said the act of buying IDs denies residents a chance for a free and fair electoral exercise.

"These people are destroying your future by preventing you from choosing the right leaders," he said.

Oyagi urged the politicians to utilise the remaining time to sell their manifestos and not engage in illegal activities.

He called for political tolerance and cautioned politicians against inciting people to violence, adding that the offenders shall meet stern legal actions.

The officer said the county security remains intact and they have enough police to conduct patrols and protect citizens during the elections.

"There is nothing to worry about because we are ready for the polls and have sufficient manpower to keep the peace," he said.

Oyagi said the government has employed 6,798 youth in Kwale to Kazi Mtaani as part of restraining them from being misused by politicians for cheap money.

He urged the youth to register for national identity cards for security purposes and employment opportunities.

Oyagi tasked the chiefs and their assistant to help the youth get IDs and ensure all newborns have birth certificates.

He told the chiefs to work hard in delivering their administration duties.

He said the national government is determined to enhance the delivery of services to citizens and chiefs should ensure residents get the desired services at the grassroots level.

Oyagi warned that chiefs who sleep on their jobs risk sacking. He lamented that there are some government offices that are rarely visited because residents are unaware of the services offered.

"We don't want a scenario where an officer sits the whole day without serving anyone yet that office is there for the public. Chiefs kindly create awareness of administration offices," he said.

He says recent opinion polls that have put him ahead of Ruto are accurate.
Counties
1 month ago

Chebukati, however, warned against announcing winners of the polls.
News
1 month ago

The units will be identified as Chonyi, Kauma, Samburu, Shimba Hills, Bangale, Galledyetu
Counties
1 month ago
“WATCH: The latest videos from the Star”
by SHABAN OMAR
Coast
03 August 2022 - 22:00