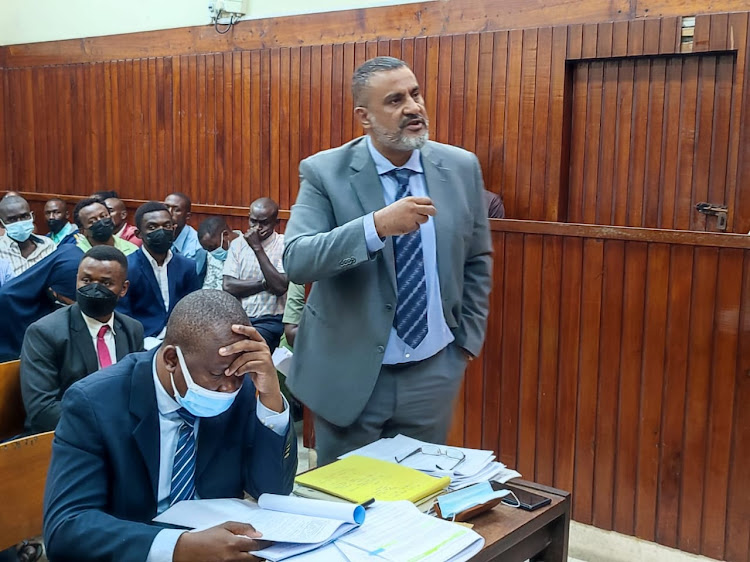 The family of Mombasa businessman Anverali Nazerali on Monday got orders to stop the exhumation of his body for autopsy.

The Directorate of Criminal Investigations had applied for the exhumation of Nazerali, who died on May 15, after his brother, Shakir Anwar, a Pakistan national, made claims that his death could be a result of foul play.

Nazerali’s wife Kiran Nazerali and children opposed the exhumation attempts, saying it was against Islam.

Last Wednesday, Mombasa senior resident magistrate Vincent Adet issued orders directing the exhumation of the body for autopsy to establish the cause of his death.

The businessman, who according to his family died as a result of kidney failure, was buried at the Khoja Shia Ithnaasheri graveyard in Mombasa county.

However, on Monday the deceased’s wife Kiran moved to the High Court to challenge the decision of the junior court, through counsels Mohamed Balala and Sborne Lijoodi.

The counsels moved to the High Court under a certificate of urgency soon after the order was given to exhume the body.

Justice Anne Ong'injo ordered the stay of execution of the ruling by Adet, pending the hearing and determination of the appeal.

The hearing of the appeal is scheduled for Thursday.

According to court documents, Nazerali fell ill on May 13 and was rushed to Aga Khan Hospital by his wife Kiran and another family friend identified as Hussein Chandu.

He was admitted to the ICU with a diagnosis of fluid retention in acute kidney injury, oliguria, severe sepsis and encephalopathy.

The hospital had suggested sepsis and further tests, but Nazerali's wife allegedly refused the dialysis and opted to take the patient to Nairobi or Pakistan for a second opinion.

They left the hospital on May 14 at around 11.30 am. On the morning of May 15 at around 4 am, he was rushed back to the hospital but was pronounced dead.

Businessman's body to be exhumed for autopsy

Court said exhumation is in line with administration of justice, which is paramount.
News
2 weeks ago

Anverali Nazerali died on May 15 after a short illness.
Counties
4 weeks ago
“WATCH: The latest videos from the Star”
by STEVE MOKAYA
Coast
03 August 2022 - 22:00