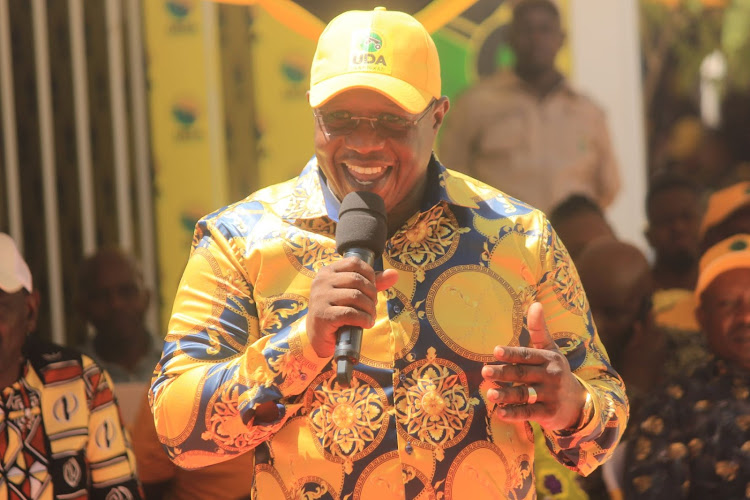 The reelection bid for Kilifi North MP Owen Baya has received a boost after the Luo community in the area backed him.

On Monday, the UDA candidate met over 1,000 members of the Luo community in Kilifi.

Baya said he did not expect support from the community as they always rally behind the Raila Odinga led ODM party.

While endorsing Baya, Kilifi county Luo community chairman Samuel Auchi said they settled on Baya due to his track record.

“We met as members of the Luo community in Kilifi and scrutinised all the parliamentary candidates. We unanimously decided to throw our weight behind Owen Baya in Kilifi North because he has worked for his people and our interests are safe in his hands. He has worked for the people of Kilifi North and we have confidence in him,” he said

Auchi said the community has shifted from voting a party and instead they will elect candidates.

“Traditionally, Luo’s vote for ODM which is the party for Raila but this time we will vote people. If someone has demonstrated good leadership skills then we will vote for him,” he added.

Crispo Odek, a member of the community said Baya has worked wonders especially in the education sector.

“Baya has transformed the education sector by improving on infrastructure. He has also made sure bursaries are distributed fairly. Education is the fountain of development and that is why we are supporting him,” Odek said.

He also noted that Baya has not sidelined people on ethnic grounds.

“We have not seen nepotism in Baya's office. The staff in his office are from different areas and even the distribution of services is done fairly. We want to make sure he retains the seat so that we can continue getting his services,” Odek said.

In 2017 he vied on an ODM ticket. Kalama who vied on a Wiper party of Kenya ticket came second.

I tutored Jumwa during her degree course – MP Baya

The Kilifi North legislator says the pathway to her document is easy to follow and verify.
Counties
1 month ago

Ruto says it's part of the agreement he entered with political parties from the Coast.
News
2 months ago

Baya says the MP is the only candidate who is courageous, fearless and determined to spur development in the county.
Counties
3 months ago
“WATCH: The latest videos from the Star”
by ELIAS YAA Correspondent, Coast Region
Coast
02 August 2022 - 22:00