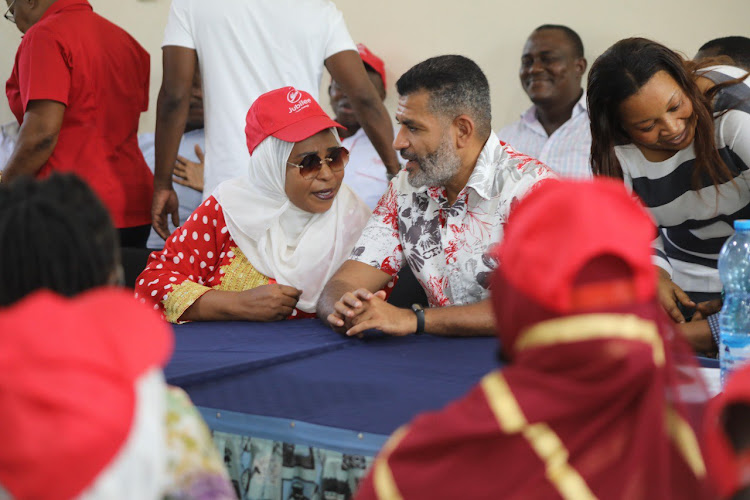 Nassir was endorsed during a breakfast meeting at KPA Mbaraki Hall.

The meeting was also attended by other Jubilee candidates for seats in Mombasa County and hundreds of delegates drawn from all six sub-counties.

“We have studied Nassir and have come to understand his character. We have read his manifesto in detail, and we are confident that this is the right person for Mombasa,” Mbarake said.

Akwaka lauded the outgoing Mvita MP for running a peaceful and mature campaign and for articulating his vision well to the people of Mombasa.

"He has never abused or insulted anyone despite extreme provocation by his opponents. He sells his vision persuasively," he said.

According to Akwaka, the Jubilee Party does not have a governor candidate for Mombasa, therefore, they had to endorse Nassir.

“He (Nassir) is the sole candidate for the Azimio la Umoja Coalition party. Just like at the national level, the Jubilee party has endorsed Raila Odinga’s candidature, in Mombasa we have endorsed Nassir,” he said.

Akwaka said they have tasked Nassir to ensure the smooth running of Mombasa County once he takes over the leadership of the county.

“We asked him to ensure inclusivity of all Mombasa residents in the running of the county affairs, irrespective of their party affiliation, religion, or colour. We want a leader who will unite all the residents,” said Akwaka.

In yet another boost, Wiper Mombasa special delegates conference sitting in Tononoka Hall on Tuesday resolved to support Nassir to be the second Governor of Mombasa.

Accompanied by his running mate, Francis Thoya Foleni,  Nassir expressed his happiness on the move that he described as monumental for the politics of Mombasa county.

“The Wiper party is a key factor in the political landscape of the country with a significant presence in the Coast region. I am humbled and grateful for  Musyoka and Wiper’s support” stated the outgoing Mvita MP.

Nassir appreciated the good gesture from Jubilee and Wiper parties reiterating his vision for the residents of the port city county.

In Mombasa County, the Jubilee party has fielded 26 candidates; 19 candidates for the Member of County Assembly (MCAs) out of the 30 wards of Mombasa, five MPs out of six constituencies, and one senator and one woman representative candidate.

The group was led by Gor Chairman Ambrose Rachier.
Counties
2 weeks ago

Sonko and Omar vowed to take the ODM party head-on in Mombasa
Counties
2 weeks ago
WATCH: The latest videos from the Star
by STEVE MOKAYA
Coast
02 August 2022 - 21:12