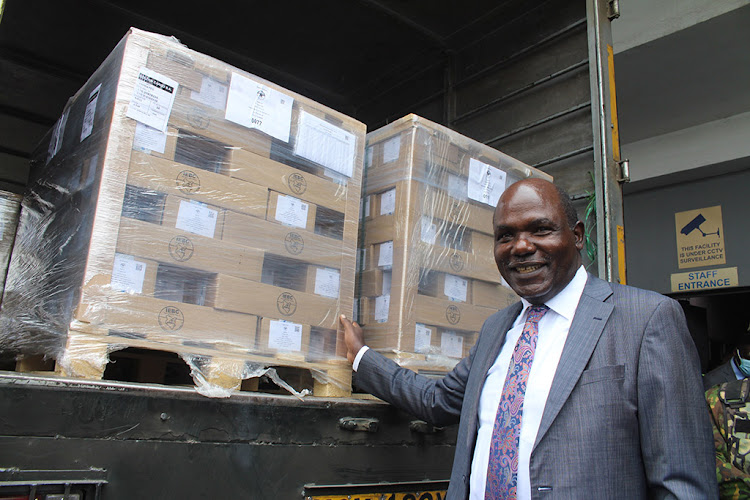 The lobby group says there is little change in the electoral agency preparations and some of the illegalities and irregularities witnessed in the 2017 elections are still evident.

The report says the commission has been rocked by internal divisions, particularly around procurement, the handling of the Smartmatic electronic voting system and the printing of ballot papers.

Further, InformAction says the political temperature in the country is rising as Facebook says it has already flagged more than 70,000 posts linked to hate speech, violence and incitement.

The government is assembling huge security machinery to ensure peace and security during the August election.

This report looks at four key areas of preparation that are necessary to achieve credible results and a peaceful outcome.

The report singles out technology as the single most important pillar in this year's election, and even evokes memories of the macabre murder of Chris Musando, the ICT officer who had been charged with ensuring technology works seamlessly in the 2017 election.

He was killed a few days before the polls.

In 2017, the Supreme Court invalidated the August 8 presidential election when it found irregularities in the electronic transmission service and questioned the integrity of the servers.

Poor connectivity was also significant, impacting transmission in more than 25 per cent of polling stations.

The report states that seemingly, IEBC has also been caught unprepared this year.

"IEBC preparations in 2022 have not demonstrated a sufficient break from the past," the report reads.

InformAction says Smartmatic, the company contracted to supply the KIEMS kits, has integrity issues and that does not augur well for the IEBC.

Further, it says the trial runs of Kiems in June and July raised questions over the management and performance of the kits.

In addition, the report pokes holes at the preparedness of the commission to seamlessly carry out results transmission.

On June 9, 2022, the IEBC carried out a results transmission simulation.

According to the Angaza Civil Society Movement in a report says the simulation exercise produced a 59 per cent failure rate.

There were also significant issues linked to the network connectivity, including slow or total failure of transmission, it states.

"A repeat exercise on July 19 scaled down the test to 580 polling stations. But it was equally unsatisfactory," the report reads.

The InformAction report also raises questions about the number of polling stations nationwide.

"IEBC has listed additional polling stations - 46,233 compared to the 40,833 listed in 2017, without indicating how they are distributed," the report read.

The lobbies have urged the IEBC to urgently address the problems to ensure the transmission system complies with the law.

They also want the agency to ensure any backup measures adhere to the 2017 decision on the finality of votes at the polling station.

The report also faults the decision of the IEBC to use photographs of results declaration forms as their primary source in 2022 - rather than live streamed alphanumeric data.

It says that will require tens of thousands of photographs of results forms to be manually keyed and relayed, a process that might fail the integrity test.

Moreover, the report criticises the IEBC for failing to make public its voter register for the August polls.

"The commission has missed critical deadlines on the publication of the register and has failed to make the revised register publicly accessible," the report reads.

Section 6A of the Election Act mandates the IEBC to open the register for verification of biometrics at least 60 days before the elections.

Following verification, the IEBC is required to publish the revised register online and on other appropriate forums.

Moreover, the report says that IEBC demonstrated inability and failure during the party primaries and political party registration.

After 2017, there was a consensus that party primaries should be more strictly regulated and the IEBC should play a greater role in regulating the nominations and setting timelines.

However, the report says, where party primary elections were conducted, irregularities and illegalities marred the credibility of the exercise.

"During the party primaries, the InformAction team observed voting by non-party members in Kitutu Chache constituency, Kisii county. There was also disenfranchisement of voters in Kilifi county, delays and voter bribery in Kisii, Bomet and Nyamira counties," the report reads.

Furthermore, the youth and women were disproportionately affected by the consensus approach that was adopted by some parties.

It is also worth noting that the IEBC’s attempt to uphold the two-thirds gender rule by rejecting party nomination lists that were in non-compliance was thwarted by a regressive High Court decision that suspended its application to 2027.

The report also criticises the IEBC for locking out and frustrating candidates living with disabilities.

Last month, High Court ruled that IEBC had violated presidential aspirant Reuben Kigame’s rights under the Persons with Disabilities Act in disqualifying him.

"Chebukati had reportedly admitted to Kigame in a meeting that there were no systems in place to accommodate candidates with disability, despite IEBC pledges to secure and guarantee the rights of Persons with Disabilities, including special booths for voters," the report reads.

The IEBC already faces more than 30 pending legal cases, which largely seek to uphold the constitutional standard of a free and fair electoral process.

The commission says last batch of ballot materials will arrive in the country on August 3.
News
5 months ago

Kimilili MP Didmus Barasa said he will hold a press conference to give evidence on the allegations.
News
5 months ago

Deputy President William Ruto and Kenya Kwanza have alleged a plan to use them for rigging.
Counties
5 months ago

"We will not interfere with the internet or social media. It will not happen in our country."
News
5 months ago

We are ready and set for August polls - State agencies