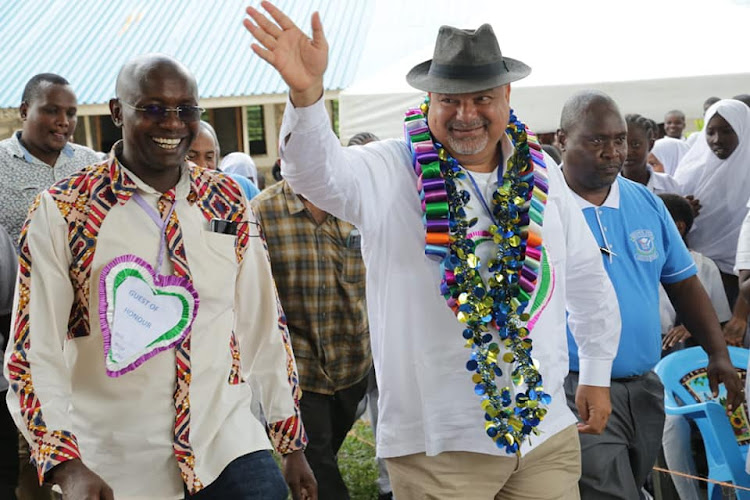 The first gubernatorial debate was held in Lamu on Sunday under the stewardship of the Lamu Youth Assembly.

The event took place at the Lamu Fort premises.

Despite sending out invitations to all four candidates, only two honoured the invite. They were former governor Issa Timamy and Eric Mugo.

The incumbent Fahim Twaha of the Jubilee and Umra Omar of the Safina failed to show up.

The organisers indicated that the two had confirmed attendance only to give the event a wide berth without any explanation.

Timamy of the ANC, is seeking to unseat Twaha while Mugo is running on a Narc-Kenya ticket.

The platform gave the two candidates the opportunity to sell their manifesto to residents.

Timamy said he was confident of a win because he has a desire to change the lives of residents.

“I have an urge to change the lives of the people of Lamu. This county needs management and I have that experience. I have seen the needs and I know I can make a difference,” Timamy said.

He expressed disappointment over the failure of the other two candidates to attend the debate.

“I really wanted to ask the incumbent questions about the state of this county and show him that I am the right candidate for the job,” he said.

He said his manifesto focuses on improving the standards of education, exploiting the blue economy to create jobs, improving the health sector and empowering farmers for food security.

Timamy said Lamu Port was taking a long to take off due to the lack of fresh water as it is surrounded by the saline Indian Ocean.

He said he had already identified an investor to bring in desalination plants.

“I will equally look into the issue of land and ensure issuance of title deeds to reduce poverty and land grabbing here," he said.

"I don’t agree with the idea of one person owing more than 100,000 acres of land which they don’t even use. We will use some of the idle lands here to resettle squatters."

He slammed the free NHIF cover issued by the county, saying it was of no use if there are no proper medical services, drugs and staff.

Asked how he felt facing his former deputy Mugo, in the same race, Timamy said he respects his decision.

Timamy declared that he is worth Sh140 million and he is married to a doctor and he is a father of five.

Mugo said his manifesto focuses on raising the economy, job creation for the youth and improving education and health.

He promised to set up a marine campus to tap into the Lamu Port opportunities and also purchase trawlers to empower fishermen.

“A single trawler can employ 300 fishermen. There is the issue of value addition where we will install cold rooms and fillers,” Mugo said.

He promised to end the constant land issues through zoning, spatial planning and setting aside land for grazing corridors.

Mugo said his administration will also recover all grabbed land and use it to resettle the squatters.

“Land is an emotive issue not just here but in Kenya and we can't bury our heads in the sand. We will do zoning and spatial planning to set aside grazing corridors," Mugo said.

Mugo said he is on good terms with Timamy and that they all have a common interest in empowering the people of Lamu.

Mugo declared that he was worth Sh50 million.

Lamu governor invites top varsities to set up in region

They say moving inside the facility denies them customers who prefer buying on the streets.
Counties
2 weeks ago

Patients in need of oxygen and ventilators had to seek services in other counties.
Counties
3 weeks ago
“WATCH: The latest videos from the Star”
by CHETI PRAXIDES Correspondent,Coast Region.
Coast
01 August 2022 - 22:00