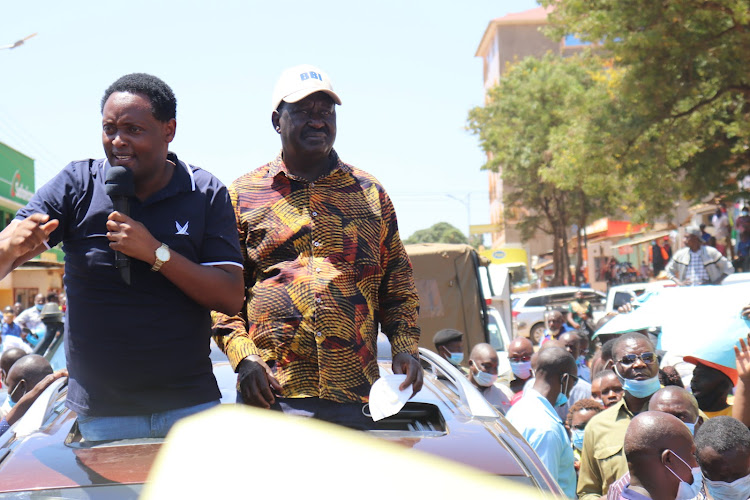 Fresh divisions have emerged among Azimio La Umoja gubernatorial candidates in Taita Taveta county over who should host the party's presidential candidate Raila Odinga when he visits the region on Tuesday.

A section of leaders from the coalition are accusing Jubilee and the incumbent Governor Granton Samboja of controlling the planned campaign rally without involving other affiliate parties.

In a press statement on Sunday, the leaders led by Narc gubernatorial hopeful Patience Nyange quashed earlier arrangements of the rally, citing lack of involvement.

“The previous meeting held to discuss Raila’s visit did not meet the fair threshold since it was only attended by Jubilee and ODM members. In respect to this, the resolutions made therefore stand null and void,” Nyange told journalists in Voi.

Nyange, who was flanked by party officials from ODM, Narc, DAP-Kenya, Wiper and Jubilee, said the venues that were agreed in the previous meetings to hold rallies were unfit to host the former Prime Minister due to low population.

“The venues are not fit for a presidential candidate worth his salt,” she said, pointing out that they have proposed fresh venues to hold the rallies.

The Star has learnt that the leaders are now pushing for change of the venues in what might escalate the rivalry between Samboja and his opponents within the Azimio coalition.

“We agreed that Raila lands in Wundanyi for a mega rally at Dawson Mwanyumba Stadium from 10am then proceeds to Mwatate on a meet the people tour at 1pm then for the final rally of the day in Tausa Stadium at 3pm,” Nyange said. 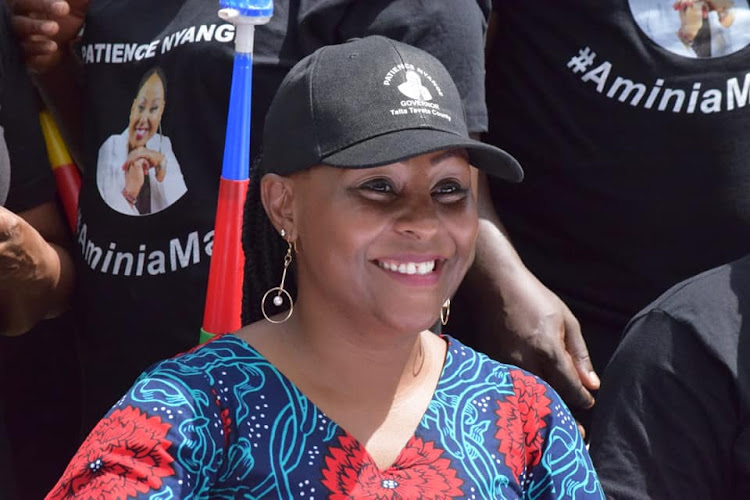 The media personality and politician said the Azimio team has already  started the mobilisation of supporters ahead of the Tuesday mega rally.

However, it is not clear whether Samboja, who is Raila's point person in the county, will agree to the proposed new rallies or the ODM boss will stick to the initial plan.

The confusion comes in the wake of a purported proposal for zoning by the coalition in the region.

The zoning attempt meant to tame sibling rivalry has caused panic among tens of the coalition's affiliated aspirants in the region.

The hotly contested gubernatorial race in the county has attracted some 13 candidates, with 4 candidates vying on Azimio La umoja-One Kenya Alliance affiliated parties.

The former Prime Minister and his running mate Martha Karua are set to return to the Coast for a four-day charm offensive tour to solidify their support ahead of the August polls.

Beside the Tuesday tour in Taita Taveta county, the Azimio team will head to Kwale county on Wednesday before holding a series of rallies at Mombasa county on Thursday.

According to Raila’s press secretary Denis Onsarigo, the ODM chief will finalise his Coastal tour on Friday by holding a series of rallies at his former ally and Kilifi Governor Amason Kingi’s backyard.

ODM, UDA wrestle for dominance at the Coast

Omar says ODM has since lost luster in the region’s political arena.
Counties
2 months ago

Their recently unveiled agendas, ethnic kingpins and the choice of running mates will also determine who wins.
Siasa
2 months ago