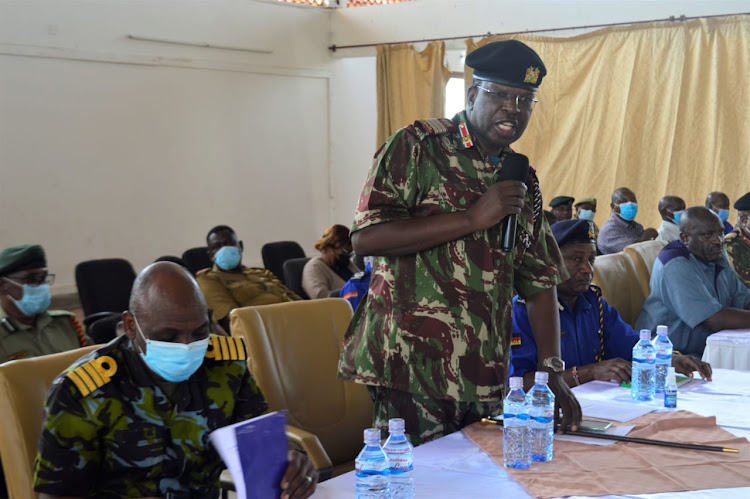 The National government has created six new subcounties in the coastal region to bring services closer to the people.

This comes barely a month to the August 9 general election.

The new subcounties will be identified as Chonyi and Kauma in Kilifi, Samburu and Shimba Hills in Kwale and Bangale and Galledyetu sub-counties in Tana River.

“The new units will help bring government services closer to wananchi and also improve security at the grassroots,” Elungata said.

He was speaking when he addressed senior police officers and national government administrative officers drawn from Mombasa, Kilifi, Taita Taveta, and Kwale counties.

The meeting which took place at Sheikh Zayed Hall in Mombasa, was convened to discuss security issues as the country heads towards the General Election next month.

The RC said a multi-agency security team will put in place elaborate measures before, during, and after the elections for the safety of all Kenyans.

“Security personnel will firmly deal with criminal gangs and other groups that are out to disrupt the elections,” he said.

He identified Changamwe in Mombasa, Malindi, Chonyi in Kilifi, and Kipini in Tana River as among the election hotspots that will require more security deployment to quell any form of violence.

Elungata said the government is committed to enhancing peace and unity and ensuring a peaceful electoral process.

He urged Kenyans to desist from activities that will bring violence during the elections.

He cautioned politicians against taking actions or making utterances that would charge their supporters and risk stoking violence in the build-up to the forthcoming general polls.

Elungata asked security personnel to be on the lookout for those promoting hate speeches in political rallies and on social media.

He challenged those running for various elective seats to avoid insults and attacks on personalities.

“Politicians should speak peace as they go round campaigning and avoid activities and behaviours that may create conflicts and tensions in the communities,” he said.

Nyoro says the units will receive Sh3.2 billion which will spur development across the county
Counties
3 months ago