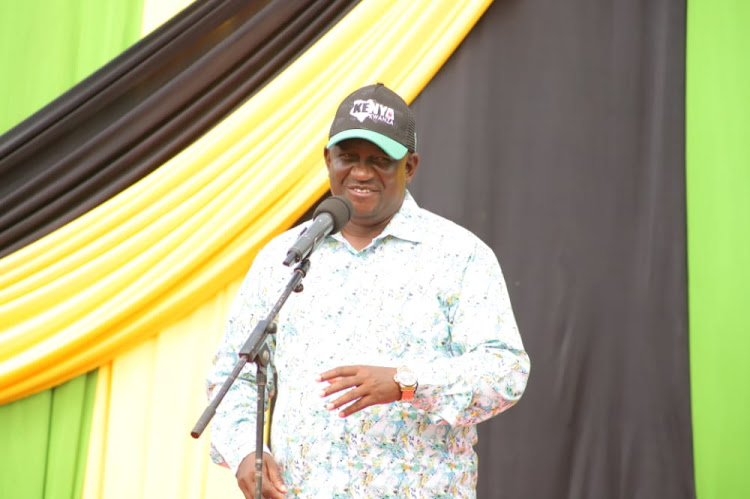 In an exclusive phone interview with the Star, Mvurya, who is among the principals in Kenya Kwanza Alliance, said they are poised to win in the counties of Kwale, Lamu, Kilifi and Tana River.

He described Taita Taveta county as a battleground and “ODM should not sit pretty thinking that the Mombasa governor race will be a walk in the park.”

He said ODM has already lost the region to Kenya Kwanza.

In Kwale county, UDA’s gubernatorial candidate is Fatma Achani, who has been Mvurya’s deputy for the past ten years.

Achani, Lung’anzi and Boga are considered the front-runners in the Kwale race. “Right now our Kenya Kwanza candidate, Achani, is doing well. We are sure of victory in this region.”

In Kilifi county, Malindi MP Aisha Jumwa, who is vying for the gubernatorial seat on the UDA ticket, is poised to win, according to Mvurya.

Seven candidates have been cleared to run for the governor seat on August 9 by the Independent Electoral and Boundaries Commission.

Jumwa and Mung’aro are said to be the front-runners in Kilifi.

“For us, Taita Taveta is a battleground, many people in that region are tired of current leadership and want to vote for their first governor Mruttu,” he said.

On the issue of sibling rivalry within Kenya Kwanza, especially in areas where UDA and PAA have gubernatorial candidates, Mvurya said they support the popular candidate.

In Kwale, Kilifi and Mombasa counties, both PAA and UDA have gubernatorial candidates.

“In Kwale, our Kenya Kwanza strong candidate is Achani. In Kilifi county, Jumwa is our sure bet and in Mombasa, Hassan Omar (former senator) is our candidate,” Mvurya said.

In Mombasa, PAA has William Kingi as its gubernatorial candidate and Kilifi has Kithi.

The governor said DP Ruto will also get at least 70 per cent of all the two million votes of the entire coastal region.

He further said that in Kwale county, all the sitting MPs are in Kenya Kwanza Alliance and have been campaigning for DP Ruto.

Says he believes learning solves the inequality challenges and brings about the desired change in society.
Counties
1 month ago

Haika says voting six-piece for ODM only got them bad leaders.
Counties
1 month ago

ODM, UDA wrestle for dominance at the Coast