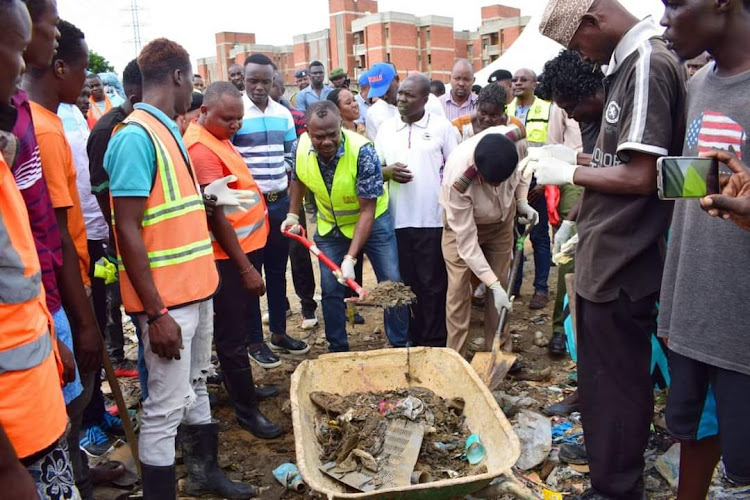 Bashan Odiek (not his real name) has been battling drug addiction for the last six years.

A well-wisher, who saw his potential in football, decided to sponsor him through a rehabilitation centre.

Odiek’s passion for football earned him a full scholarship through a school in Western Kenya where he posted remarkable results.

But tragedy struck and he lost all his parents. That is when his life turned for the worst.

“I had started smoking weed in high school, but when I lost my parents, it got worse,” Odiek said.

Finding a job has been difficult for him and once or twice he has engaged in theft to fend for himself.

“Both times, it had been risky and I was almost caught. A friend of mine was caught and lynched. I knew I could not go down that road anymore," he told the Star.

"So, I found refuge in football, always training in the evenings and early mornings.”

The government’s Kazi Mtaani initiative, he said, was like godsend opportunity for him.

“I focused on working hard on it and it took my mind off many bad things. We worked from around 8am to 12pm at which time I was tired. I would sleep till 3.30pm and then go for football training till around 6.30pm,” Odiek said.

He said he saved and started a small vegetable business in Jomvu.

Jomvu MP Badi Twalib on Tuesday said that is the reason he lobbied for the return of the Kazi Mtaani initiative.

He said the initiative is one of the best programmes that the government has done for the Kenyan youth, adding that it has helped reduce crime, especially in hotspot areas.

First launched in April 2020, the economic stimulus programme was designed to cushion the most vulnerable youth in the informal settlements from the adverse effects of Covid-19.

Odiek will once again be one of the 6,000 youth across Jomvu constituency to benefit from the initiative.

Twalib said he is committed to bringing programmes that will uplift the lives of youth in his constituency.

“Our youth are the gem that we have as a country because of their energy, their strength in numbers and their ability to be change makers. That is why we have to protect them at all costs,” Twalib said.

He was speaking at the launch of phase three of the Kazi Mtaani initiative at Bangladesh Flats grounds in Mikindani.

He lauded President Uhuru Kenyatta for the programme, saying he always has the youth at heart.

Jomvu deputy county commissioner Mwiandi Gitonga said the government is keen to empower the youth, who he said are a key component of Kenya’s economic growth.

“The youth are a key pillar of our socio-economic stability and that is why the government is keen to empower them both socially and economically,” Gitonga said.

He said the Kazi Mtaani initiative phase three comes at a key time when the election is around the corner.

“When youth are idle and have no money in their pockets, that is when they start thinking of unhealthy things,” the commissioner said.

He called on youth to work hard and shun politicians who want to use them to cause chaos in political rallies or anywhere else. 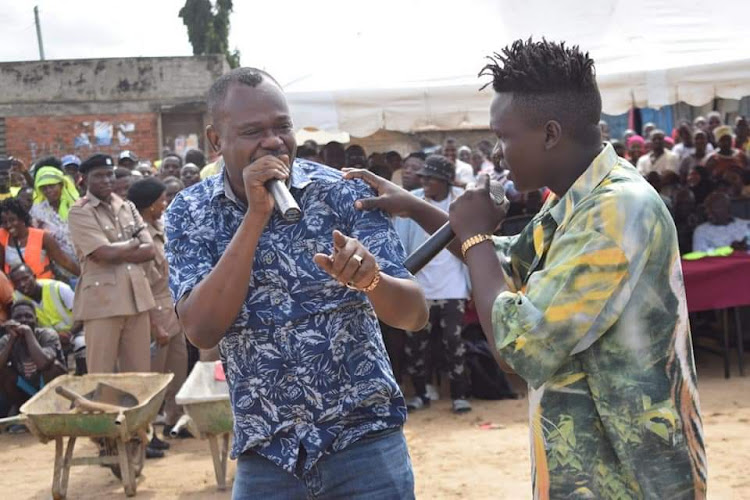 County commissioner Samuel Kimiti said 8,245 youth have been enrolled on the programme.
News
5 months ago

Over 13,000 youths to benefit from Kazi Mtaani in Kisumu

Mutindika noted that Kisumu County has been given 13,532 slots for the three months program.
Counties
5 months ago

As an economic recovery strategy, the Government of Kenya unveiled the Kazi Mtaani Initiative in July, 2020
Opinion
6 months ago
Post a comment
WATCH: The latest videos from the Star
by BRIAN OTIENO Correspondent, Coast Region
Coast
08 June 2022 - 22:00
Read The E-Paper