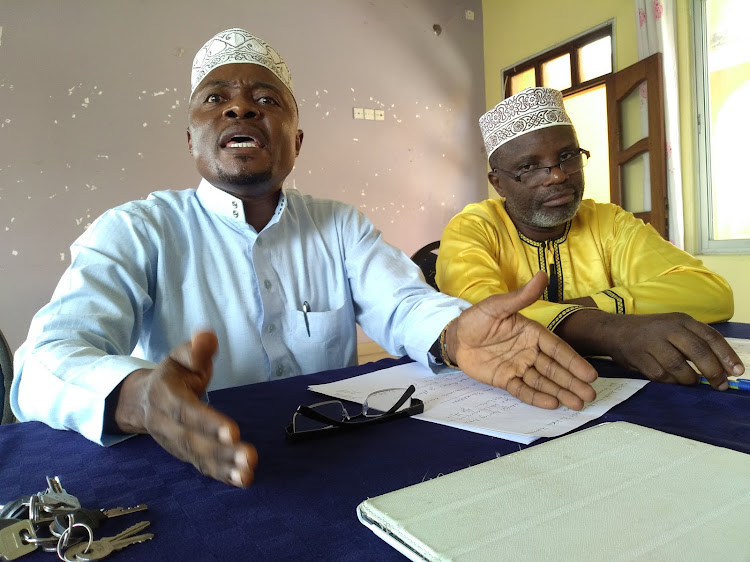 Some Muslim leaders have warned politicians in Kilifi county against careless utterances that may not only cause chaos, but also scare away investors.

Kilifi is fast becoming an investment hub of choice for businesses because of  relative cheaper licenses, less red tape and attractive incentives, especially on land.

However, Kenya Muslim National Advisory Council on Saturday said these gains maybe affected by the increasing careless talk by Kilifi politicians who want to please the electorate by making utterances that incite residents on land issues.

“There are careless utterances by politicians seeking MP seats that make us concerned. If you want to win votes, sell your policies," Kemnac chairmain Sheikh Juma Ngao.

“Do not incite residents against companies that have been the lifeline for the very residents you are inciting.”

He addressed the press at the Panaroma Hotel on Saturday.

However, Sheikh Ngao said these utterances do not help the public but only serve to divide them on the basis of ethnicity, religion and race.

He said Mombasa Cement has played a vital role in the development of both Kilifi and Mombasa counties.

“They legally bought the land from Vipingo sisal. Residents have good relations with the firm because 3,000 of their own have been employed there,” he said.

Mombasa Cement is known for its charitable work at the Coast, which includes paying hospital bills for poor families and paying school fees for the needy.

The factory also feeds about 40,000 people in Mombasa daily through its feeding programme as well as helps beautify the city.

The firm turned the Kibarani dumpsite in Mombasa into an industrial park after President Uhuru Kenyatta ordered it shut down.

Sheikh Ngao also listed other charity work by Mombasa Cement, which includes setting up and running the Sahajanand Special School in Mtwapa.

The school takes care of 1,300 special needs learners and runs the KP junior and KP senior schools that educate 2,400 learners, both free of charge.

The candidate for the Mombasa woman rep seat says they should be given a fair chance to participate in polls.
Counties
5 months ago