The upgrade, which commenced in March 2021 was only supposed to last six months 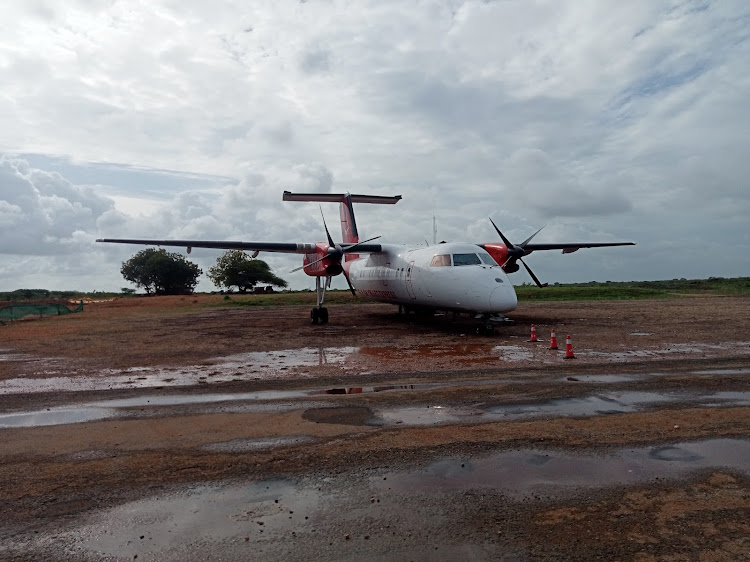 BEHIND SCHEDULE: A plane lands on a flooded, muddy section of the Manda airport in Lamu which is under rehabilitation.
Image: CHETI PRAXIDES

Stakeholders in the Lamu tourism sector are infuriated by delays in completion of the Sh190 million rehabilitation of the Manda airport.

Frequent users have for years complained about the bad sections of the runway and taxiway, a situation that poses serious safety risk to flights.

The Manda airport upgrade project involves the renovation and expansion of the apron and taxiway.

The upgrade, which commenced in March 2021 was only supposed to last six months and be completed by August last year.

Currently, the works are now ten months behind schedule with no sign of completion anytime soon.

An official who spoke on condition of anonymity however said so far, the works are around 75 per cent complete and proceeding at an extremely slow pace.

He said recurrent water shortages and lack of quality materials within the right proximity are the contractor’s biggest hurdles.

Heavy rains in parts of Lamu have also been blamed for the delay as it makes it impossible for the contractor to work at a flooded site.

“The biggest issue is water. The contractor doesn’t have a well-established water source for his work, impeding progress. It’s also hard for him to get good materials, mostly he has to source them out of Lamu,” the official said.

The Kenya Airports Authority have been forced to create a temporary pathway and parking for the daily flights. 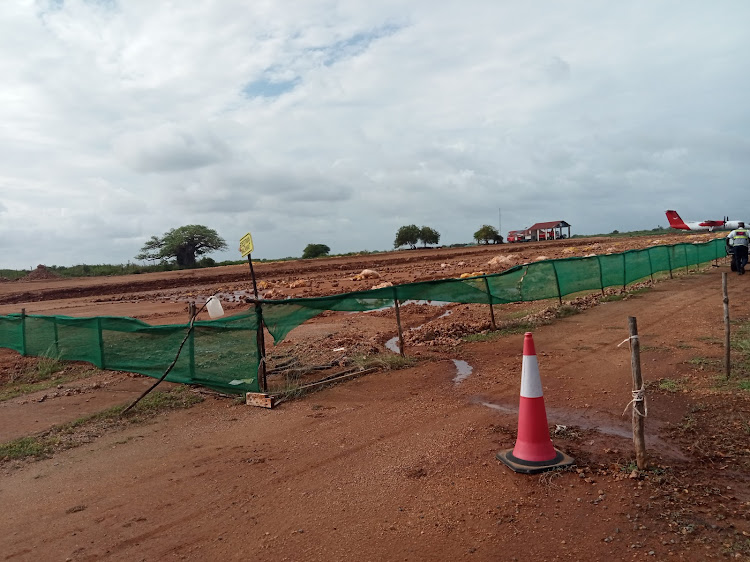 Cargo flight agent Fuad Bwanadi said it’s uncomfortable and tough for pilots to land planes on the alternative space offered and called for speedy completion of the works.

“It’s been almost a year of using the temporary parking and runway. This whole situation is giving the airport a bad image. Let them complete this already, so we can resume normal operations,” he said.

He said the current state of the airport is not good for business as it scares off visitors, especially tourists who feel it’s dangerous to use in its current state.

“We have received complaints from those using our airlines expressing their discomfort and concern about the current state of the airport.

"We have done what we can to reassure them, but you can tell there is a real concern. We hope something is done fast before we start losing tourists and clients, ”he said.

Manda airport is a crucial facility for those travelling to Lamu by air.

When contacted for comment, the KAA Coast regional manager Peter Wafula said he was in a meeting but promised to call later.

He had not called back by the time of going to press. 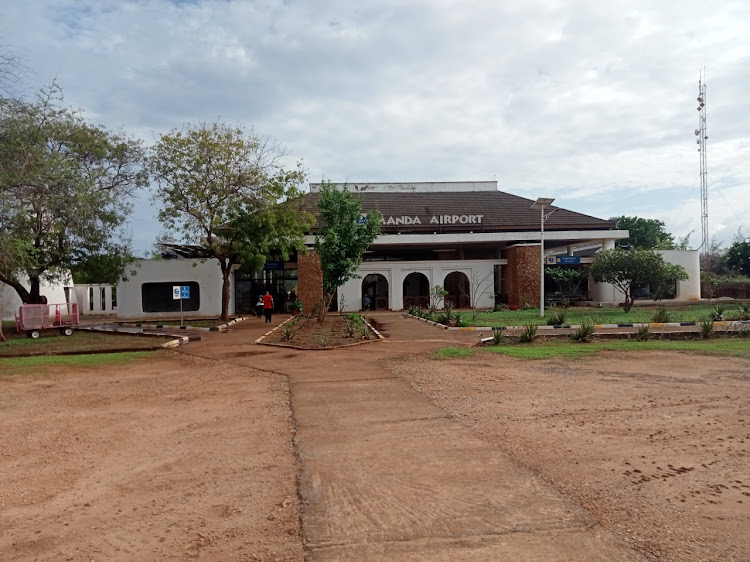