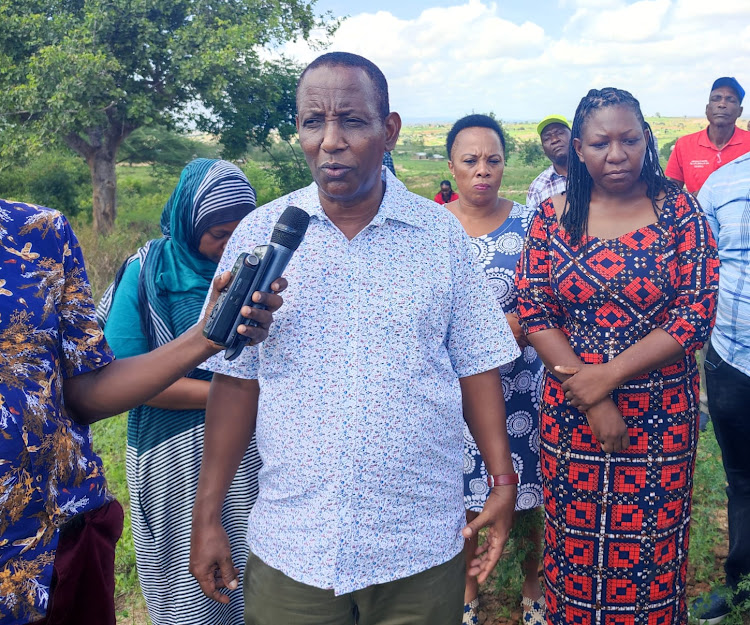 The Sh20 billion dam project is being constructed at Kasemeni ward in Kinango subcounty. It is funded by the World Bank and the national government.

CDA managing director Mohamed Keinan said they aim to increase the number of trees in the area.

“This is part of a strategic campaign spearheading reforestation and increasing forest cover to 10 per cent by the end of this year,” he said.

At least 300, 000 seedlings have been planted in the area in four years.

He said they will plant 69,000 tree seedlings this year during the rainy season within the water protection zones of Mwache dam.

Keinan said they will begin by planting 2, 500 seedlings along the dam to supplement the existing 3,000 previously planted.

The trees will also be planted in government, community and schools’ lands to gear up for the reforestation exercise.

Rehabilitation works for the project are complete.

This is to allow for the regeneration of natural vegetation to conserve the environment and comply with environmental law.

The rehabilitation work was conducted by CDA, while Project Management Unit is the overall implementing agency.

The whole project will impact about 12,000 residents and 3,220 households from around 20 villages.

But phase one of the project will benefit at least 4,000 locals, according to the officials.

The dam is expected to harness overflowing water from river Mwache in Fulugani and put into irrigation more than 2,600 hectares of land to improve food security in Kwale.

The dam will be 87.5 metres tall concrete gravity dyke, impounding 118 million cubic metres of water to strengthen the daily water supply of 186, 000 cubic metres to Kwale, Mombasa and Kilifi counties.

Keinan called the community to support the project because of its many socio-economic benefits.

Charo urged the community to embrace the tree plant project through the conservation of the afforestation catchment area.

He said to effectively tackle climate change everyone must get on board in forest conservation.

Seronga said the government is keen on engaging the community in the conservation of water catchment and dry land areas.

He said they have heightened surveillance to protect the tree seedlings from destruction by both humans and wild animals.

“We have engaged the chiefs, assistant chiefs, village elders, and Nyumba Kumi to help secure the dam and the vegetation surrounding it,” he said.

Seronga said the project will be a game-changer for the area's economy and the people around it.

The contractor has already moved to the site and the primary construction works are expected to commence soon.

In April a group of elders from Kaya Mtswakara conducted special prayers to appease the spirits to allow the construction of the dam to continue smoothly.

Cows, goats, sheep, and chickens were slaughtered as sacrifices.

The rituals were done after the relocation of about 49 shrines and more than 36 graves.

Say compensation package of between Sh250,000 and Sh300,000 per acre was too little
Counties
6 months ago

The national water coverage has increased by 20 percent for the last nine years.
News
8 months ago