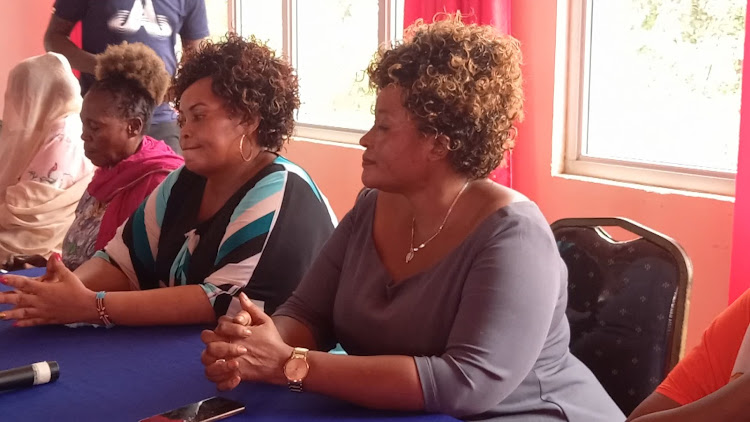 Orange Democratic Movement supporters in Kilifi have declared that they will not vote six-piece in the August 9 general election.

They accused the incumbent Gertrude Mbeyu of failing to deliver on her mandate. Zawadi  is Kilifi’s nominated senator.

Speaking in Malindi on Monday during a meeting, the women said Mbeyu has been rejected by the people.

The women sang songs disowning Mbeyu and asked her “to pack and go .”

Mama Asha Solo, the treasurer of Maendeleo ya Wanawake in Kilifi and an ODM supporter, said they have resolved to support Zawadi.

“I have been in leadership circles since the 70s when some of the women here were not yet born. We have not seen any benefits from Mbeyu's leadership, but we feel hopeful with Zawadi,” she said.

She said residents should not vote based on party affiliation, but focus on an individual’s capabilities.

Former nominated MCA Elizabeth Muthoka urged residents to vote for Zawadi because she can deliver.

“Let us all spread the gospel of Zawadi and peace to have peaceful campaigns. When we go to the grassroots remember to preach peace and pray for God-chosen leaders,” she said.

She said even though she is a die-hard supporter of the ODM, she would not vote for Mbeyu.

Zawadi thanked the leaders for making the declaration.

She said she will strive to ensure she performs better than her predecessor once elected.

“When elected I will work closely with the people so that we can move forward together,” she said.

Before the nominations, Mbeyu had shown interest in the Kilifi North MP seat, but shifted back to the Woman Rep race and got a direct ticket from ODM.

Says they support Raila as an Azimio presidential candidate, but will field their own candidates in Kilifi.
News
4 months ago
“WATCH: The latest videos from the Star”
by ALPHONCE GARI Correspondent, Coast Region
Coast
23 May 2022 - 22:00