Sonko remains upbeat as court blocks IEBC from clearing him 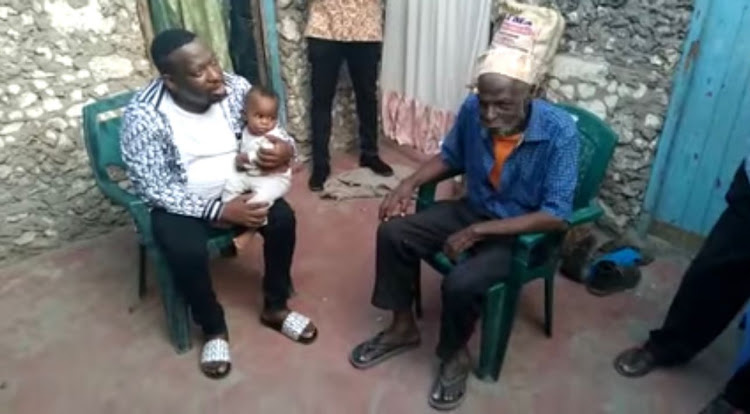 Another hurdle has been placed in the path of former Nairobi Governor Mike Sonko in his quest for the Mombasa governor seat.

Justice John Mativo said the IEBC should not clear the politician, pending the hearing and determination of a petition filed by three civil society organisations against his candidature.

Under a certificate of urgency filed on May 16, Haki Yetu, Kituo Cha Sheria and Transparency International want the court to declare Sonko, who was impeached in 2020, unfit to hold office.

Mativo said he will give direction on hearing of the application and petition on May 24.

According to the general election regulations gazetted by IEBC chairman Wafula Chebukati on January 20, the clearance of aspirants will run from May 29 to June 7.

This means Sonko has limited time to ensure he is allowed to contest for the seat.

In the notice of motion, the three organisations argue that the nomination of Sonko with the intention of contesting and being elected  Mombasa governor, yet he is disqualified from holding any state office, amounts to an irregular election.

"The same is therefore in utter violation of the petitioners’ right to fair and regular elections as guaranteed by Article 23 (2) of the Constitution of Kenya 2010.”

Sonko is listed as the second respondent in the petition.

However, Sonko on Wednesday put on a brave face, saying only God can stop him from vying for the seat.

The former Nairobi governor said he will not be intimidated or scared and will be on the ballot.

“Hawanitishii wala kunibabaisha (They don't scare or intimidate me),” Sonko said on his social media accounts.

After getting wind of the filed petition on Tuesday evening, Sonko made an impromptu meet-the-person tour at his place of birth in Majengo, Mvita constituency.

He visited Burnley, Mvita, Majengo and Ofisi ya Kanu areas and mingled freely with residents and took coffee with elders.

Some of his relatives took him down memory lane as he inquired about childhood neighbours and friends. Residents pledged to support him.

“Let them throw stones at you but our stand remains the same. We are with you,” Mzee Usman, a resident, said.

Sonko was nominated by Wiper and picked Kisauni MP Ali Mbogo as his running mate.

On Thursday, Millicent Odhiambo, Wiper's aspirant for the Nyali MP seat, said she knows who is behind all the obstacles in Sonko's bid.

Odhiambo said two rival governor aspirants in Mombasa are working together to ensure Sonko is blocked from contesting.

“But their plans will all fail because Mombasa needs a saviour and Sonko is the chosen one,” Odhiambo said.

She said their intelligence sources indicated there was a meeting at a hotel in Mtwapa on May 11 in which top UDA leaders in Mombasa and known ODM operatives met to plot how to block Sonko.

Legal hurdles could dash Sonko's bid after the High court stopped IEBC from clearing him.
News
1 month ago

Ex-governor says the High Court does not have the authority to determine the eligibility of candidates in an election.
Counties
2 months ago
“WATCH: The latest videos from the Star”
by BRIAN OTIENO Correspondent, Coast Region
Coast
19 May 2022 - 22:00