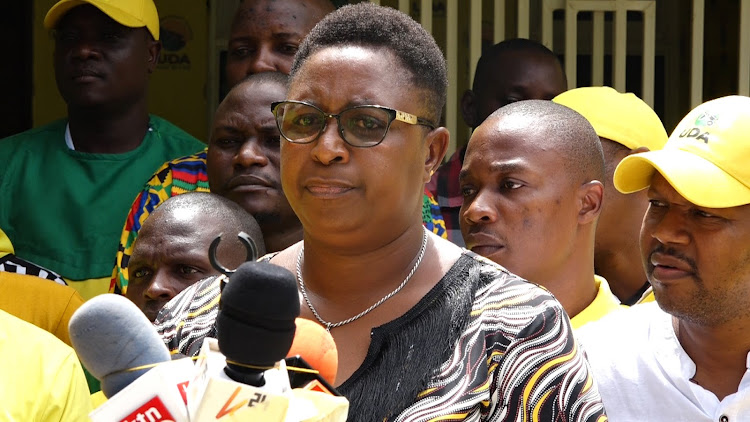 A bitter row has erupted in Kilifi among Kenya Kwanza affiliate parties —UDA and PAA — over who should field candidates in the county.

Trouble, however, started Friday after Governor Amason Kingi, who is the leader of Pamoja African Alliance, said his party would do that as well.

On Monday, the UDA brigade, led by Malindi MP Aisha Jumwa, fired back and told off Kingi, claiming the Kenya Kwanza agreement said PAA would not field candidates in Kilifi.

Jumwa told Kingi to concentrate on the mandate he was given, which is to lead the Kenya Kwanza campaigns in the larger Coast region.

The Malindi lawmaker said it was agreed that UDA, as the mother party in the Kenya Kwanza coalition, would be the one fielding candidates. 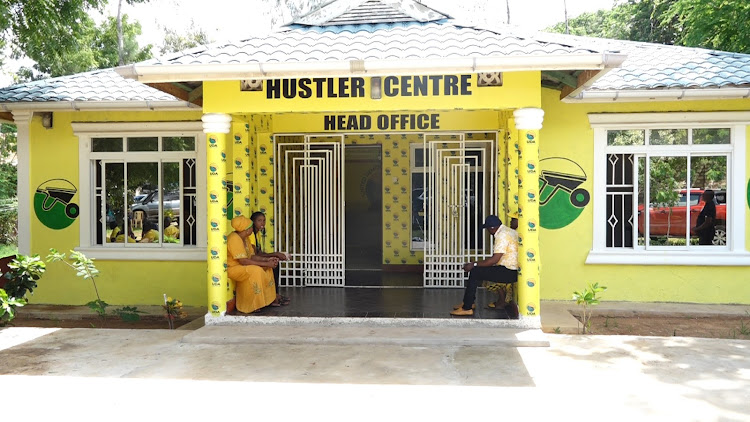 UDA offices in Kilifi county which acts as the headquarters.
Image: ALPHONCE GARI

“I played a very big role to ensure that Governor Amason Kingi joins Kenya Kwanza, so I know,” she said, while addressing a press conference at UDA headquarters in Kilifi.

She said the coalition had to clear the air following widespread rumours and misinformation circulating on social media and in rallies.

“UDA and Kenya Kwanza governor candidate for Kilifi county as agreed at Karen is Aisha Jumwa, senator candidate is Shukran Mwabonje and the Woman Representative candidate is Riziki Baya,” she said in a statement.

The vocal legislator said Kenya Kwanza and UDA have been and will continue to actively promote and support all its candidates vying for various positions in Kilifi county. 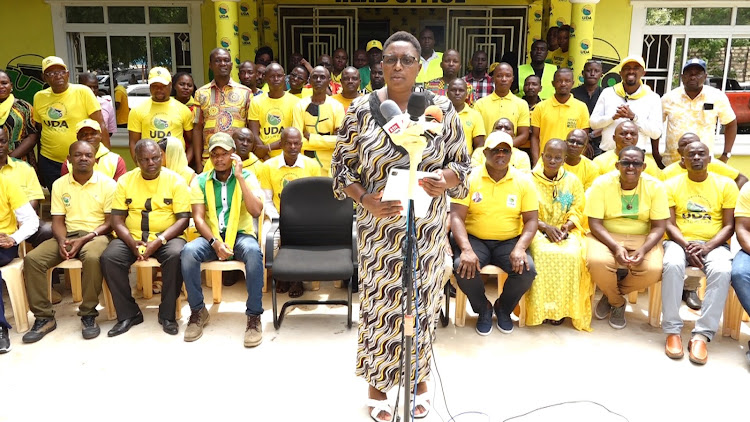 “Whereas we appreciate Ruto’s appointment of Governor Kingi and indeed welcome him to the Kenya Kwanza fraternity, we want to remind him that respect begets respect," she said.

She further said Kingi’s bad record as a county boss may affect UDA and Kenya Kwanza popularity in Kilifi unless he starts popularising himself with the people.

Jumwa said the idea that Kingi  introduced the issues of land, port and employment in the coalition agreement was false because it had been highlighted by her team in a forum.

She said Kingi should stop boasting that he is the one who took the agendas, adding that issues of the port have been there for long and he has never spoken about them.

All PAA candidates will be on the ballot - Kithi

There were fears that some candidates would be asked to drop their bids for UDA candidates.
News
1 month ago

Kingi defended his support to Deputy President William Ruto saying it because of the region.
InPictures
1 month ago
by ALPHONCE GARI Correspondent, Coast Region
Coast
17 May 2022 - 22:00