George Oduor Owino alias Yasin was picked at Ugunja at around 5pm on May 4.

• The West Ugenya MCA aspirant was on May 4 at around 5pm in Ugunja, taken by three unknown men, bundled into the boot of a black Toyota Prado and driven to an unknown location.

• “I was walking to Chez Mbago hotel while talking to my wife on phone when suddenly a black Prado parked in front of me." Yasin narrated. 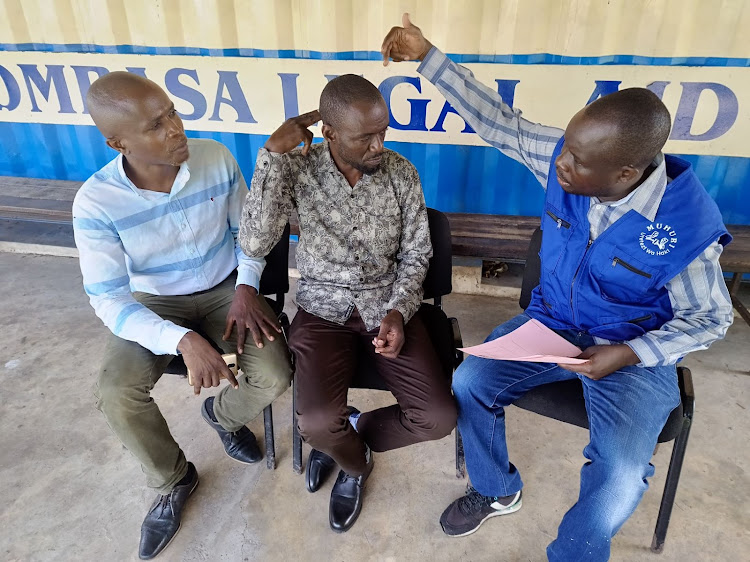 The West Ugenya MCA aspirant was on May 4 at around 5pm in Ugunja, taken by three unknown men, bundled into the boot of a black Toyota Prado and driven to an unknown location.

“I was walking to Chez Mbago hotel while talking to my wife on phone when suddenly a black Prado parked in front of me." Yasin narrated.

“Two people emerged, opened the boot and pushed in. In the vehicle, another man pointed a pistol at me and told me to lie face down. Then the vehicle sped off. It was so fast, I was confused.”

He is a contractor based in Siaya.

The journey, he told to the Star, at the Muhuri Legal Aid Clinic in Mombasa on Friday, took about two hours in approximation.

During the journey, he managed to secretly send two text messages to a friend and his wife telling them he was in trouble and had been abducted by unknown men.

“They had taken my smartphone upon entry into the vehicle. Luckily they did not know I had another kabambe phone which I used to text my friend and my wife,” Yasin said.

He was taken into a room blindfolded, where they stayed for about an hour before he was taken into the vehicle and driven off again, this time the journey taking about six hours non-stop.

After the about six-hour journey, he was taken into another room where the stayed for about two days.

“I asked them why they had abducted me and they told me they had been sent to kill me by a fellow politician but they did not say who.”

“One of them wanted to beat me up but his colleague told him a man who is going to be killed is not beaten. That killed all the hopes I had that I would ever be found alive,” he told the Star.

According to Yasin, the abductors only fed him water and biscuits.

He was then transported to a third place which felt like an abandoned area, after another long journey of about five hours.

“In that third place, I overheard them discussing whether they should take me to Ngong forest, or the border of Tanzania, or anywhere where I would be eaten by animals,” Yasin said, noting that it is at this place that he stayed longest, for about three or four days.

They then drove for about an hour into a forest like place where they tied his hands and legs, asked him to sit down and later tied him against growing trees.

The abductors used a detachable hood from his jacket to gag his mouth so he couldn't scream, before they removed the blindfold on his eyes.

He saw the four abductors had their faces covered with ski masks.

“They told me to fight it out with the animals before leaving me there.”

Yasin said a herder saw him at dawn but got scared and took off, the same herder returned at 5 pm but left again and returned accompanied by three other people.

They then took photos and left to report to the police.

The area chief then came with police, who untied him, took him to a café where they bought him food before taking him to one of the police officers’ houses where he freshened up. 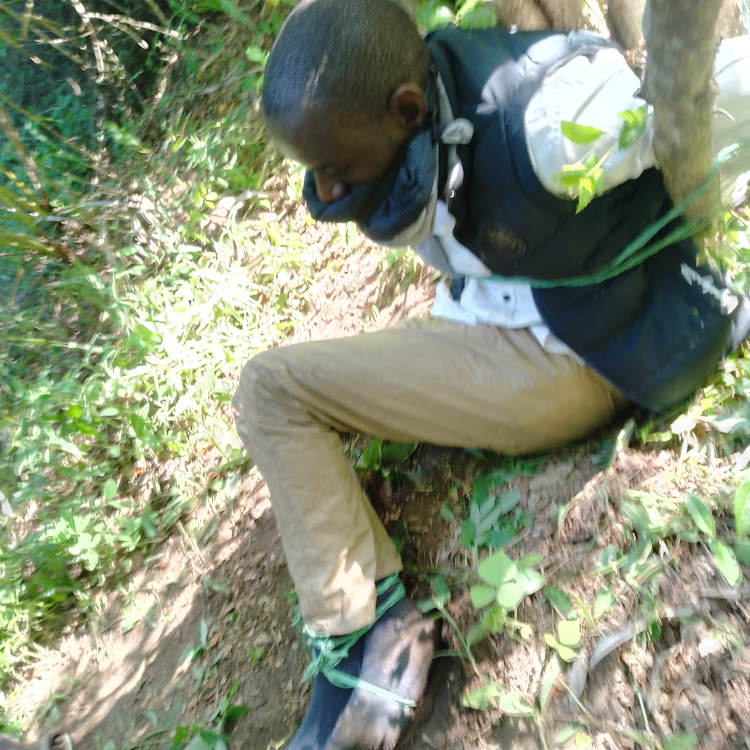 “I was then told I was found in the Shimba Hills game park in Kwale County,” Yasin stated.

He recorded a statement at the Kwale Police station on May 12, a day after he was found on May 11.

His wife said the abductors had demanded Sh600,000 the day they took Yasin saying failure to produce the money within 48 hours will lead to Yasin’s death.

Kwale County Police Commander Josephat Kinyua said they found Yasin is a dazed state, fed and processed him before they handed the case to their DCI counterparts in Kwale.

“The DCI boss in Kwale took his statement and sent it to their counterparts in Ugenya via email because we found out the wife had reported the matter there,” Kinyua said.

He said their counterparts in Ugenya are investigating the matter to get to the bottom of it.

“We will know the truth. There many issues that can happen,” Kinyua told the Star via phone on Saturday.

Yasin said his abductors spoke in Swahili but one had a Tanzanian accent.

“If a man seeking public office can be abducted in Siaya and transported to Kwale County passing through all the road blocks along the highways, then how safe are we?” posed Auma.

He said the political season comes with a lot of security issues and called on politicians to also be careful in their operations.

“We demand a full investigation into this matter and the people involved brought to book. We don’t want another case of political assassination,” Auma said.

Yasin said he strongly suspects a political connection to his ordeal.

WATCH: The latest videos from the Star
by BRIAN OTIENO Correspondent, Coast Region
Coast
14 May 2022 - 20:47