Nairobi police unit to stamp out criminal gangs in Mombasa 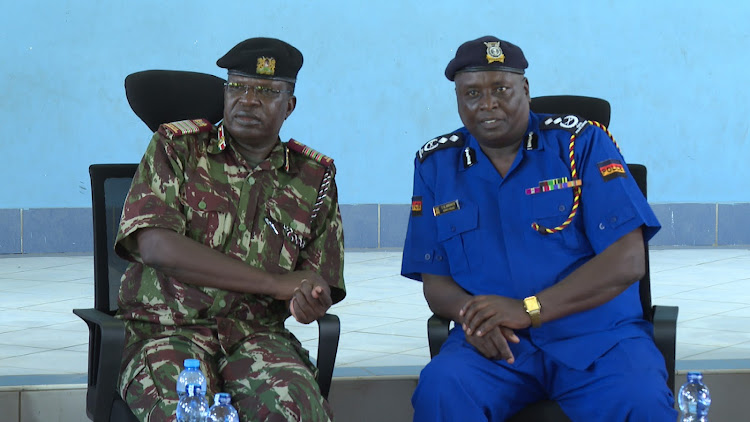 For the past few weeks, Mombasa has experienced the resurgence of juvenile criminal gangs that have been terrorising residents in Likoni, Kisauni, Nyali and Mvita.

Police said politicians are behind much of the pre-election violence, trying to instil fear in a group of residents. He said legal action would be taken against the politicians.

The panga-wielding youths, aged between 12 and 18 years, have been attacking people and robbing them of their belongings.

Some of victims were seriously wounded.

On Thursday, Karuri said the special police unit from Nairobi will start operations next week to put an end to the criminal activities.

Already boys and youths have been arrested.

“We have given the officers instructions to firmly deal with these criminal gangs to restore law and order in the region. So far, as we speak, we have already arrested over 70 young men,” Karuri said.

The police boss asked local leaders and residents to help security agencies and give information to  help apprehend those behind organised crime.

He was speaking during a security meeting attended by village elders from Kisauni at Mtopanga AIC Church. The meeting was chaired by the Coast Regional Commissioner John Elungata.

He attributed the resurgence of the criminal gangs to the August 9 general election and said they were aimed at frightening certain residents.

“Such activities cannot be allowed as they violate the constitutional rights of Kenyans and also are a threat to peace and tranquility,” Elungata said.

“The government will not sit and watch unruly youth who are supposed to be in schools maiming and robbing innocent members of the public,” he said.

The regional commissioner said the community must help end the scourge.

He commended elders for their help in fighting criminal gangs and other unlawful activities.

Also present were Mombasa county commissioner John Otieno and other top security officials in the region.

The elders praised the government for intensifying the fight against crime and urged it not to relent until all the criminal groups are eliminated.

Mwamvyoga says they are known but protected by their family members.
Counties
2 weeks ago

They however want assurances from the security organs that they will not be victimised and arrested or killed.
Counties
1 week ago
“WATCH: The latest videos from the Star”
√
by ONYANGO OCHIENG
Coast
13 May 2022 - 23:00