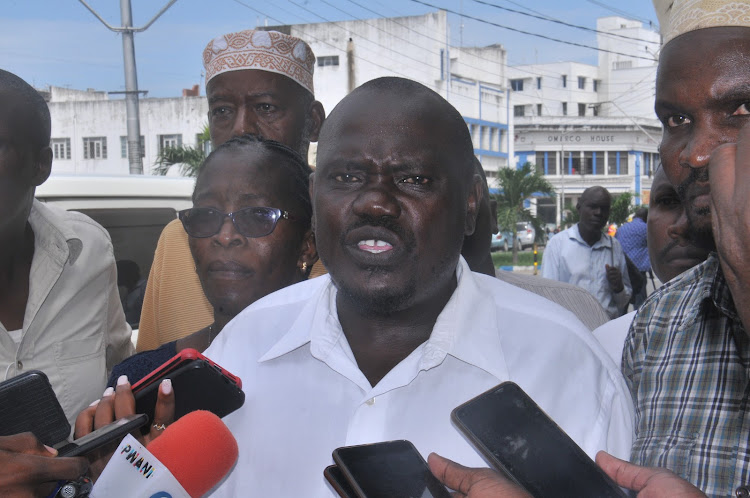 This is according to the Kenya Long Distance Truck Drivers and Allied Workers Union, which said local truck drivers are paid “peanuts.”

The union’s national chairperson Roman Waema asked the Ministry of Labour to probe these companies, which are said to have up to 90 per cent foreign workforce.

He said since 2019, at least 10,000 new drivers from foreign countries, who accept meagre salaries, have been employed in the country.

“We have no issue with foreign drivers, but it is not fair for companies operating in Kenya to have over 90 per cent of their workers coming from outside Kenya. We want our people to be given first priority,” Waema said.

He claimed that Eritrean and Ugandan companies based in Kenya are among those that are employing their nationals.

“These foreign drivers are not paying taxes. This, means that the government is losing a lot of revenue that would have been collected if these were Kenyan drivers,” he said.

The union also took issue with the Federation of Kenyan Employers who have been opposing the 12 per cent salary increment as announced by President Uhuru Kenyatta on Labour Day.

He said for the past four years, the drivers have been working without salary increment.

This was occasioned by the operations of the Standard Gauge Railway freight services, the Covid-19 pandemic and other economic factors.

The truck drivers have threatened to paralyse the sector if FKE continues to reject the 12 per cent pay increase on minimum wage announced on May 1.

“We are calling upon the FKE to stop complaining about the minimum wage increment announced by President Uhuru Kenyatta,” he said.

The union boasts of more than 10,000 members countrywide.

“Let them (FKE) respect the rights of drivers and we are also asking our employers to stop sacking us for foreign labour. We shall paralyse this sector if things don’t change.”

Waema called on President Uhuru to intervene on the matter, saying that the FKE is targeting drivers allied to the union.

“Article 41 of the Constitution provides that every worker has a right to fair labour practices. Let this minimum wage increment be a blessing to us, not a curse for some to lose jobs,” he said.

At the same time, the union’s deputy secretary general Lawrence Boy complained of harassment and extortion from weighbridge officials.

“We have issues with the weighbridges all the way from Mariakani to Busia. The officers will always find fault with the weight of the load carried, yet this was confirmed at the loading point,” he said.

“It is a well-orchestrated scheme to extort money from drivers.”

He further complained of harassment by Ugandan police at the Malaba border point, saying they were tired of being mistreated as if they don’t have rights in their own country.

Aside from paralysing the sector, they have also threatened to boycott the August general election.

“We may be small, but our voices together are strong enough,” he said.

The Kenya Transporters Association board chairperson Newton Wang’oo, who was partly accused of being behind the drivers’ woes, has come out to say that the association does not in any way get involved in the hiring of drivers.

He refuted claims that foreign drivers were being hired at the detriment of Kenyans.

“I have heard that complaint before, but I haven’t seen one myself. Maybe some companies have done it which I am not aware of,” he said.

“We as a body insist on following the law because we understand the important role truck drivers play in the sector.”

According to a circular issued by KTA to its members dated May 7, the association announced new minimum wage for heavy commercial vehicle drivers.

Drivers within Mombasa, Nairobi and Kisumu will earn Sh39, 449, while those within former municipalities and town councils of Mavoko, Ruiru and Limuru will take home Sh37, 123.

Say the decision to slap them with the levy was against the spirit of the East African Community.
Counties
4 months ago

Association says five members have been murdered in the last four months
News - Page 10
10 months ago
“WATCH: The latest videos from the Star”
by ONYANGO OCHIENG
Coast
11 May 2022 - 22:00