The two-acre parcel of land in Liwatoni was illegally alienated and part of it allocated to the private company. 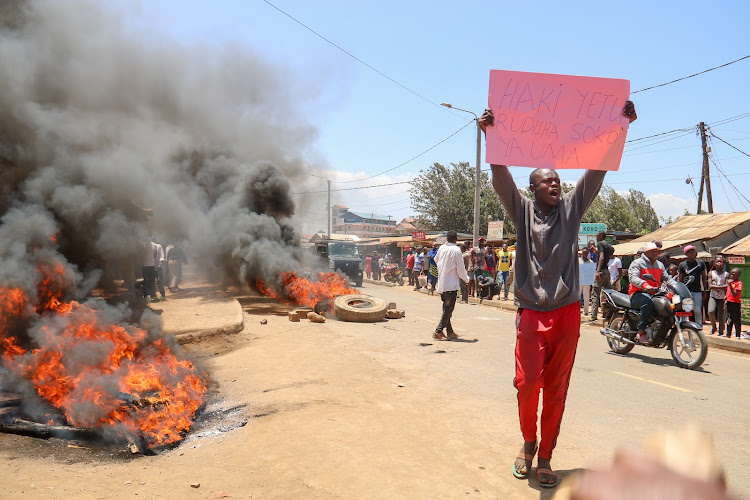 The Ethics and Anti-Corruption Commission has moved to court to recover Sh380 million parcel of land belonging to the Kenya Ports Authority.

The two-acre parcel of land is located in Liwatoni, Mombasa, and part of it houses the Kenya Fisheries Service offices.

According to court documents seen by the Star, the parcel of land was alienated by the then Commissioner of Lands Wilson Gacanja in 1996 and part of it was allocated to Ms Bawazir Glass Works Limited.

The parcel MSA/BLOCK/XLVII/156 was allocated to Bawazir Glassworks Limited and an allotment letter, reference number TP3/2/XIX, was issued on February 12, 1996.

Bawazir Glassworks is currently trading as Milly Glassworks Limited after it changed its name on May 25, 2000, vide certificate number 50266.

In documents filed before the Mombasa environment and lands court, EACC is seeking orders to evict Milly Glassworks from the parcel of land.

“The letter of allotment to Bawazir Glassworks should also be declared null and void for illegality and fraud, thus incapable of conferring interest to the first defendant (Milly Glassworks),” EACC said.

“An order directing the chief registrar of land to cancel and expunge from the register the entry relating to the registration of the suit property in favour of the first defendant (Milly Glassworks Limited).”

The EACC also wants the permanent injunction issued against Milly Glassworks Limited, restraining it from alienating, encumbering, disposing of, wasting off, entering or trespassing on the said land.

In the documents filed at the Mombasa environment and lands court on April 22, the EACC said the land in question was first allocated to the then East African Railways and Harbours on May 1, 1965.

The East Africa Railways and Harbour then leased the land to the government in July 1966 for 82 years, and the lease agreement stated that it was to be used for the Department of Fisheries.

EACC said the property was reserved for public use and hence not available for alienation.

However, Gacanja subdivided the land to create two parcels before allocating one to Bawazir Glassworks, now Milly Glassworks Limited.

“Despite several correspondences from the Ministry of Tourism and eventually the KPA, to whom the suit property is vested having been hived off from, Gacanja did not take any steps to conceal the irregular and illegal allocation to Milly Glassworks,” reads the documents.

In 1997, the Milly Glassworks was requested to surrender the title deed to have it cancelled since the plot was illegally carved out of the mainland belonging to KPA.

This did not happen.

“The company knew that the suit property was reserved for and in use by KPA, but still actively participated in the unlawful acquisition of a defective title,” EACC said.

It has accused the Milly Glassworks of discreetly soliciting for allocation and registration of the subject property while knowing it to be set aside for public use.

“In collusion with the second defendant (Gacanja), the company caused the property to be subdivided with an intent to defeat government’s interest in or title to the suit property,” read the documents.

Their land was forcefully taken by British settlers in early 1900.
News
2 weeks ago

They say they are being forced to bury their loved ones on top of other people's graves.
Counties
1 month ago

Gachagua said that DP Ruto was not allocated the land but he bought it.
News
2 months ago
“WATCH: The latest videos from the Star”
by CHARLES MGHENYI AND SUSAN MUHINDI
Coast
10 May 2022 - 22:00