Says they should tolerate each other and observe peace and harmony 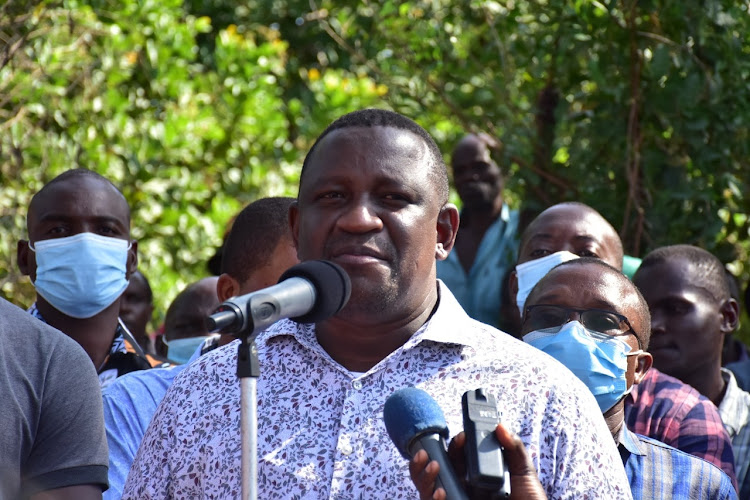 He said he wants his retirement to be a symbol of unity.

Mvurya, who is on his final term, spoke on Sunday after disbursing bursaries worth Sh3.9 million in Matuga, Kwale.

The governor's sentiments come in the backdrop of a heated gubernatorial succession race.

He said residents should choose wisely when electing the next governor.

Mvurya said the election should not bring ethnic alignments, but peaceful coexistence and a mutual understanding.

"Reject being divided along tribal and clan lines. We are one people bound to work together," he said.

Mvurya said residents and potential candidates should tolerate each other and observe peace and harmony no matter what.

The county boss said he worked hard to bring change and unity and would not like to see what he built falling apart.

Mvurya said tribal politics is dangerous to the county's economy and people should learn from past experiences.

He said politicians who propagate division should not be elected as "they are cancer to the economic growth."

The governor said some candidates are still stuck in the outdated tribal politics that threaten peace and national unity.

He cautioned politicians against selling hatred and disunity instead of manifestos to the electorate.

"It's time for you to vote wisely and reject people who have no agendas but chaos," Mvurya said.

The county boss said he wishes to exit office when peace, unity, and prosperity reigns among the people of Kwale.

He said those vying for various political positions should not cause unnecessary tension and disrupt peace on the basis of ethnic groupings.

Mvurya said the county has progressively thrived because of peace and more growth will come when people live in harmony.

“We should avoid propaganda politics that may hinder development and derail the efforts of improving the living standards of our people,” he said.

The governor said politicians must have respect for the constitution and allow everyone to practice their democratic rights devoid of tribalism and gender seclusion.

He said residents should vote for Deputy Governor Fatma Achani as their next governor, adding that she is prepared to deliver good services.

"After deputising me for 10 years in steering the county development Achani is ready. She has gained enough experience and proved to be a great leader," Mvurya said.

The county boss said Achani's competitors have nothing to show, but empty promises.

He said residents should vote for a person based on development records and not tribal groupings.

More than 5,150 students in national schools who are under the county's full sponsorship are set to benefit from the programme.
Counties
3 weeks ago

They say construction of health dispensaries, ECDE facilities, water projects and roads have stalled because of the feud
Counties
3 weeks ago

County has been experiencing constant average rains for the past one week.
Counties
2 weeks ago
“WATCH: The latest videos from the Star”
by SHABAN OMAR
Coast
09 May 2022 - 22:00