A father gifted his daughter a Bible as a wedding gift in Watamu, Kilifi. https://bit.ly/3ytaBeK 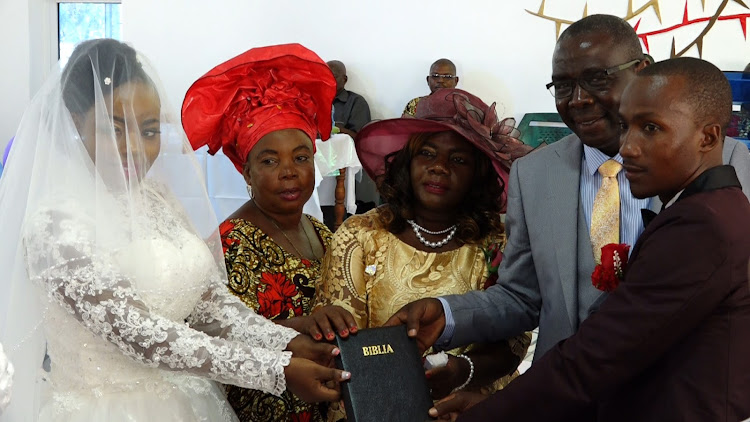 FOR GUIDANCE: Pauline Fredrick receive a Bible as a gift during their wedding ceremony from her mother Beatrice Fredrick and Father Fredrick Kazungu to help guide them in their marriage at Chafisi Baptist Church in Watamu on Saturday, May 7.
Image: ALPHONCE GARI

A father gifted his daughter a Bible as a wedding gift in Watamu, Kilifi.

Unlike other parents who gift their children household items, Rev Fredrick Kazungu Masha said his daughter should read the scriptures for God's guidance.

Masha spoke during the wedding of his fourth-born child Pauline Fredrick at Chafisi Baptist Church on Saturday.

He said even though he had given other gifts to his daughter and son-in-law back home, he chose the Bible as the key present.

Masha, who is also the Bishop of CBEM Africa, said he did not want his grandchildren to be brought up in Kikuyu or Giriama custom but in God.

While presenting the gift with his wife and church leaders, the pastor said the Bible contained all the advise he left out.

“I have given the Bible as a great gift, as a father and a pastor. That is where all the teachings of God come from. What we have not told her they can learn from that Bible,” Masha said.

The father of six said he is happy to see his daughter wed because as a pastor, he has officiated more than 30 weddings. 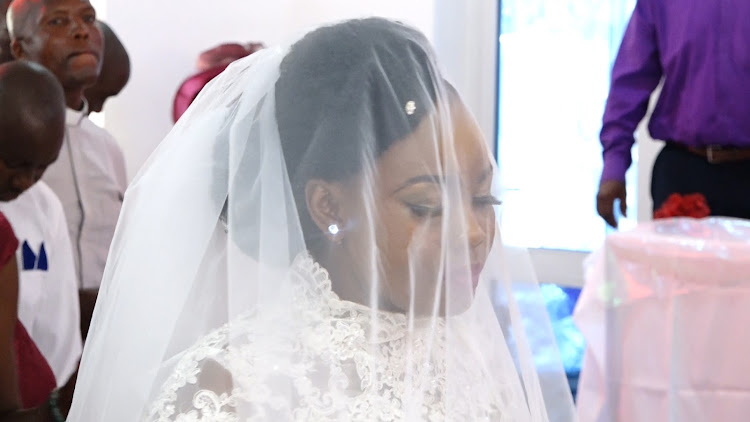 WAY OF THE LORD: Pauline Fredrick who was given a Bible by her father as a gift during her wedding at Chafisi Baptist Church in Watamu, Kilifi on May 7.
Image: ALPHONCE GARI

He said he has been praying with his daughter so that the Lord restores his ministry of officiating marriages because he is licensed to officiate.

“I have seen the devil really attacking my family. When the devil tries to tempt me and I resist, he goes to my wife and if she resists, he goes to our children,” Masha said.

The pastor said for that reason, he ensured he was close to his children, prayed with them and gave them advise from God.

The bride’s mother, Beatrice Fredrick, thanked God for answering their prayers to see their loved one getting married in a wedding.

“We continue praying to God, he has been faithful to us, today we are going to officially oversee Pauline’s wedding,” she said.

Evans Vidzo, a brother of the bride, said he was happy that the wedding was successful and thanked all those who supported them. 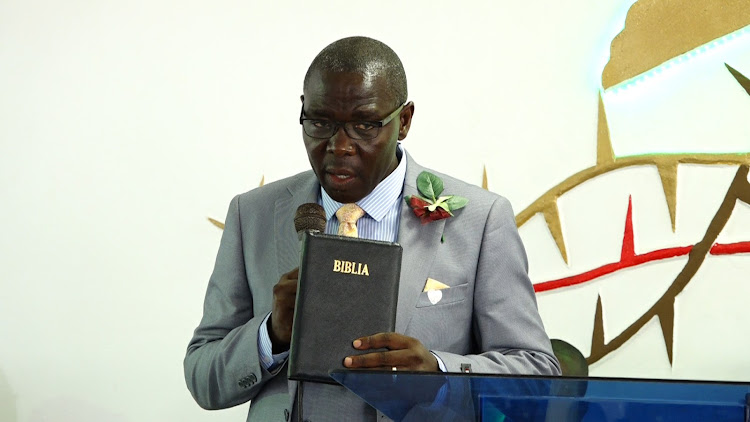 TEACHINGS: Fredrick Kazungu holds the Bible ready to give it to his daughter during her wedding ceremony to help guide them in their marriage at Chafisi Baptist Church in Watamu on Saturday, May 7.
Image: ALPHONCE GARI 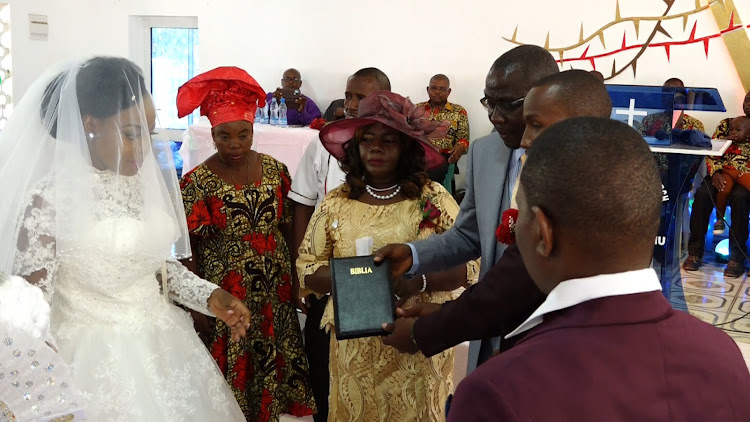 Pauline Fredrick with her newly wed husband Henry receive a Bible as a gift during their wedding ceremony from her mother Beatrice Fredrick (C) and Father Fredrick Kazungu to help guide them in their marriage.
Image: ALPHONCE GARI 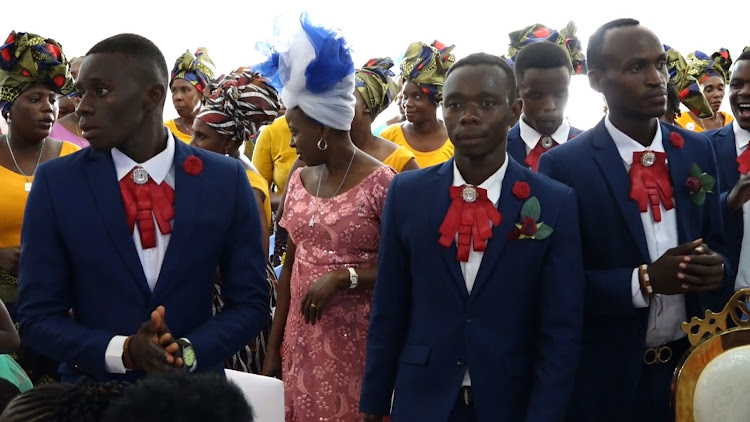 Elder says in Islam, men are supposed to pay their wives for everything they do or require them to do.
News
2 months ago

In Islam, Nikkah are usually big ceremonies with family and friends.
News
3 months ago
“WATCH: The latest videos from the Star”
by ALPHONCE GARI Correspondent, Coast Region
Coast
09 May 2022 - 22:00