They say construction of dispensaries, ECDE facilities, water projects and roads have stalled because of the feud 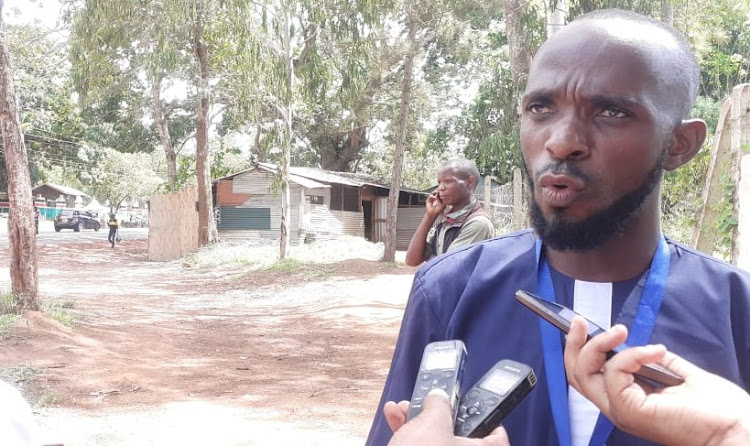 More than 1,000 families at Kazamoyo village, Kwale, have petitioned the government to solve a protracted land dispute between locals and an investor.

The residents claim the land dispute is slowing down development since crucial projects cannot be implemented.

The private investor is claiming ownership of 410 acres.

Led by Zuma Mwanduri, they said the construction of dispensaries, ECDE facilities, water projects and roads has stalled because of the feud.

Mwanduri said they are forced to trek  more than 30km to get health services and water.

"We are suffering, development is hampered and we have to walk for long distances to get water and this is a drought-prone area," he said.

Mwanduri said they are worried that their children's education will be jeopardised because some schools risk being closed.

Stephen Muti said the dispute has also cut off residents from humanitarian aid since the area is now inaccessible after some roads  were closed.

Muti said their livelihoods have been interfered with following the encroachment of their ancestral land.

He said residents who depend on farming, livestock keeping and charcoal making can no longer work.

Muti said the investor used to do farming on a small portion of land but later extended his space.

According to Muti, residents are worried that they will be evicted having lost everything to the private developer.

He said houses were brought down and the area developed for farming, leaving residents counting losses.

Muti said they have tried every means to defend their land but to no avail.

He said since majority of the residents are poor they have no muscle to fight the investor.

Gladys Mnyazi said the county should offer land and relocate them elsewhere.

"Some of us are very old, we have nowhere to go. We have lived knowing this as our only home" she said.

Jeffery Mjape from Gwasheni village said the land wrangles have been with them for years and they are now exhausted after being taken around in circles over the issue.

They accuse politicians of colluding with officials from Lands ministry to allocate land to cartels.
Counties
2 months ago

Strezelecka is recuperating at a hospital in Diani following Friday afternoon’s demolition.
Counties
3 months ago

The residents say they are the original inhabitants of the parcel said to belong to Kalro
Counties
3 months ago
“WATCH: The latest videos from the Star”
by SHABAN OMAR
Coast
04 May 2022 - 22:00