50 needy learners in Kilifi get full scholarships from Centum 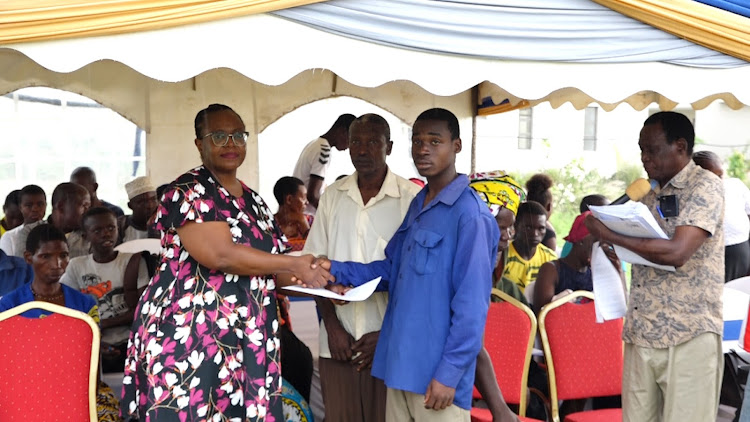 The fund will help most of the students access education at top secondary schools in the country.

Every year the company, which is setting up a multi-billion city in Kilifi, gives out scholarships to students who perform well in KCPE.

So far, 300 young bright learners have benefitted since the programme was launched.

Kenneth Mbae, managing director at Centum, said since they started the programme, 100 students have joined university.

Speaking during the issuance of the bursaries to the beneficiaries on Tuesday at Vipingo, he said the idea behind the programme is to empower bright but needy students.

“Today is another joyous opportunity, one of our proudest moments. We are awarding scholarships to 50 bright and needy beneficiaries who would have missed a chance to join high school,” he said.

Mbae said the beneficiaries were selected from 23 schools within the project area.

He said for learners to qualify for the scholarship they must score 320 marks and above and must come from a needy background.

“We sponsor them because we want to transform the communities where we do business and one of the biggest way for transformation is through education that’s why we are pushing for this scholarship programme and we’ve seen some benefits,” he said. 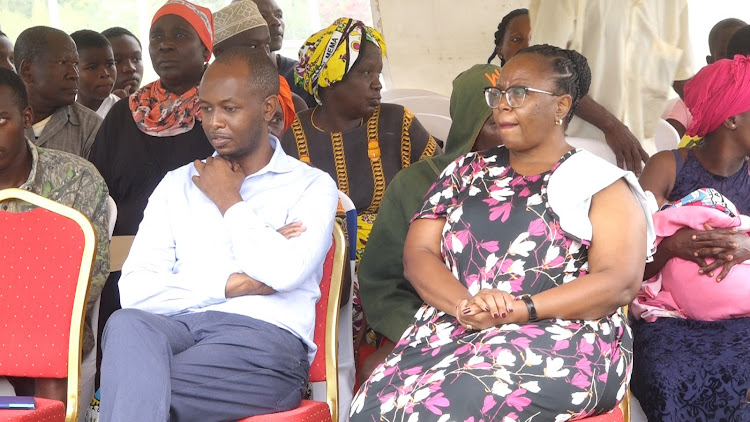 In the 2021 KCSE, he said some of their beneficiaries scored As and C pluses which will be impactful to the society in the future.

Mbae said any student who scores below grade B in high school is disqualified from the programme.

He said in the next 10 years society will be able to have engineers, doctors, CEOs, and lawyers among many other professionals who will have come out of the scholarship.

Catherine Mturi-Wairi, the director of Centum and Vipingo Development Limited, who was present during the ceremony, said the programme was one of the ways of giving back to the community.

“It's very important for children from the Coast region to get educational support so as to transform the lives and economy,” she said.

Wairi who hails from the region said through the programme she has had a chance to support her people.

The director said she was so keen on girl child education because educating one girl is empowering the whole community.

“I always like to encourage our girls to work hard and I use myself as an example, they can be anything they dream if they get the right encouragement,” she said.

Zedine Nyevu, 16, who is one of the beneficiaries could not hide her joy after being selected, saying it would have been difficult for her to join a secondary school.

Nyevu the sixth born in a family of eight, schooled at Gongoni Primary School and scored 326 marks.  She is set to joint St Thomas Girl’s Secondary School

“I am very happy for getting a scholarship because all tmy school fee will now be paid, had it not been for this scholarship I would have joined a day school,” she said.

She said the situation at home is bad because all her parents are jobless and depend only on her sister who does menial jobs that could not afford her fee.

Nyevu promised to work hard and has an ambition of becoming a doctor in future.

Francis Mwaro, 16,  another beneficiary who scored 368 marks in KCPE exam at Chodari Primary School will be joining Malindi High School.

“I am overjoyed for getting this scholarship because my family is poor and can not cater for my education in high school,” he said.

He thanked the sponsors and urged them to continue supporting other students from poverty-stricken families. 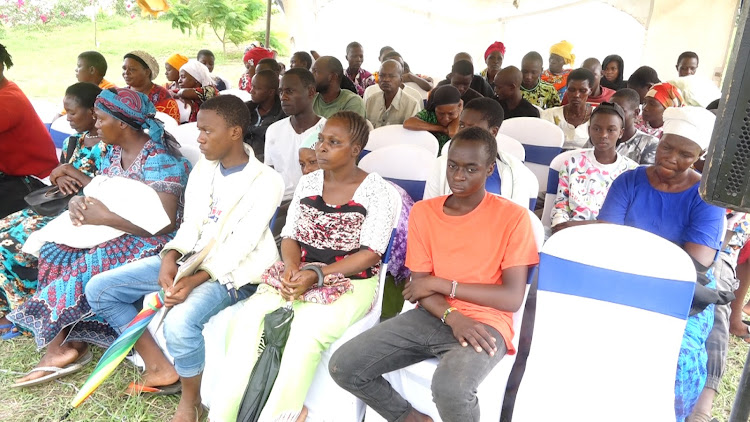 Some of the beneficiaries of the Centum Real Estate scholarship programme
Image: ALPHONCE GARI

Centum will next year, begin the ground breaking for the first phase of a multibillion mega city in Vipingo, Kilifi county.The first phase of the ...
Counties
4 years ago
“WATCH: The latest videos from the Star”
by ALPHONCE GARI Correspondent, Coast Region
Coast
04 May 2022 - 22:00