A Kenyan of Italian origin, Franco Esposito, has declared interest to run for the Kilifi gubernatorial seat to replace Amason Kingi who is completing his second and final term in office. 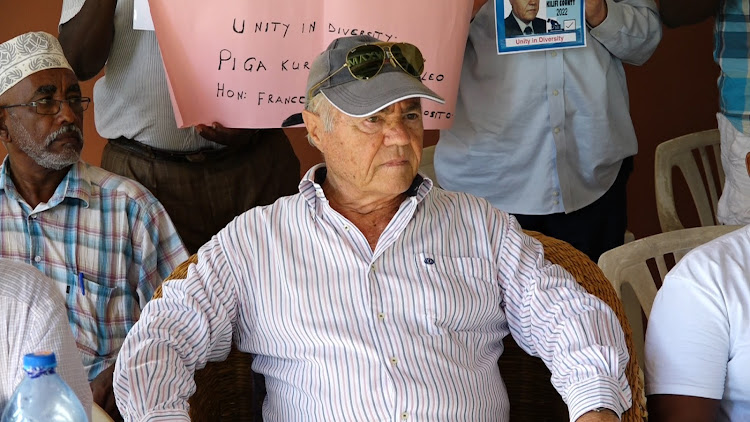 A Kenyan of Italian origin has declared interest to run for the Kilifi governor seat.

Franco Esposito, 81, nicknamed Kasoso Baya by the Giriama community in Magarini will be vying for the seat as an independent aspirant.

Esposito has unsuccessfully contested the Magarini MP seat three times, the first time being during the by-election in which Governor Amason Kingi won.

He said he ditched the Kadu Asili party, where he was a life member and chose to vie on an independent ticket after Kadu denied him the ticket.

Esposito said his symbol is a rhino while his slogan is unity.

If elected, the Italian pledge to create a special trust fund for education where his salary will fund education for the poor bright students from primary to university.

“I am here with all my supporters to officially announce that I am going to run for governor as an independent aspirant, our symbol is the rhino,” he said.

He said residents approached him and requested him to contest for the seat.

Esposito said it was surprising that Kenya was competing with countries like South Africa and Nigeria but Kilifi is still lagging behind in development.

“I have seen children walk bare foot as they shepherd goats, sheep and fetching water instead of going to school,” he said.

He said he would put maximum effort to improve infrastructure to attract investors and revive tourism and industrialisation.

“Unfortunately we only cultivate land when the rain is approaching to grow maize, which is insufficient to put food on the table," he said.

The Italian, who came to Malindi in 1963, worked as the manager of  San Marco Italian Space agency in Ngomeni before retiring and settled in Kenya.

He said he would also revive the Magarini irrigation scheme.

“We have people utilising land becoming very wealthy and they are now purchasing Mijikenda land and making very good profit in pineapple and mango farming, they come with lorries in Kilifi and take the harvest upcountry,” he said.

Esposito said he also intends to empower fishermen to begin fishing with large vessels and form cooperatives that can help them build cold storages to preserve fish for exports.

His supporters said the Italian is the only one who can help transform Kilifi and urged all residents to support him. 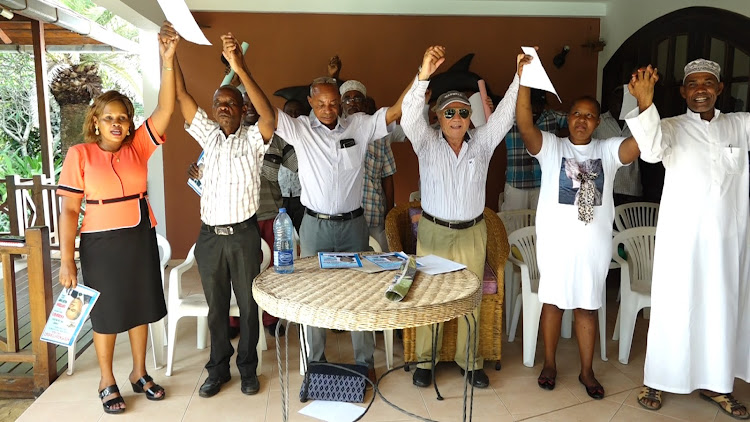 Franco Esposito with his supporters at his Worburn residence in Malindi
Image: ALPHONCE GARI

In Mnarani, an aspirant took off with ballot boxes; in Ganze, voting was stopped after chaos erupted.
Counties
9 months ago