Region failed to produce a single grade A. It had only managed a few A minuses in Matuga Girls and Kwale High School

As many counties brag about good results in the 2021 KCSE results, Kwale remained silent.

The region that has earned itself a name among the best performing coastal counties ended up as a disappointment in KCSE exam this year.

Kwale has for three years produced top students and the best schools.

In the 2021 KCPE exam results, at least two top schools came from Kwale.

However, in this year's KCSE exam  results, the region failed to produce a single grade A. It only managed a few A minuses in Matuga Girls and Kwale High School.

Last year, none of the schools managed to get students with an A plain.

According to county director of Education Martin Cheruiyot, indiscipline cases among students is to be blamed for the poor performance.

Cheruiyot said the region has the potential to do great but increased unrest in schools has drawn them back.

In 2021,  Kwale schools reported the highest number of arson attacks in the Coast region.

Police investigations later revealed that majority of the learners were into drugs, a factor that contributed to indiscipline cases.

About six KCSE exam candidates had their exams in prisons after being linked to arsons.

Cheruiyot said arson attacks posed a major challenge in the learning institutions as most of the affected schools were forced to break before mid term to pave way for investigations and reconstruction.

"Many of our schools recorded fire reports and it interfered with syllabus coverage," he said.

He said many students were unable to pay fees and settle arrears on time hindering effective management of learning institutions.

"Low fee payment was a major drawback to most institutions and affected the preparedness of the schools in engaging students for science practical lessons," he said.

The officer said the laboratory learning activities are expensive to run and require enough funding.

He said many schools had to rush to complete the syllabus within the shortest time which didn't allow more time to prepare the learners. 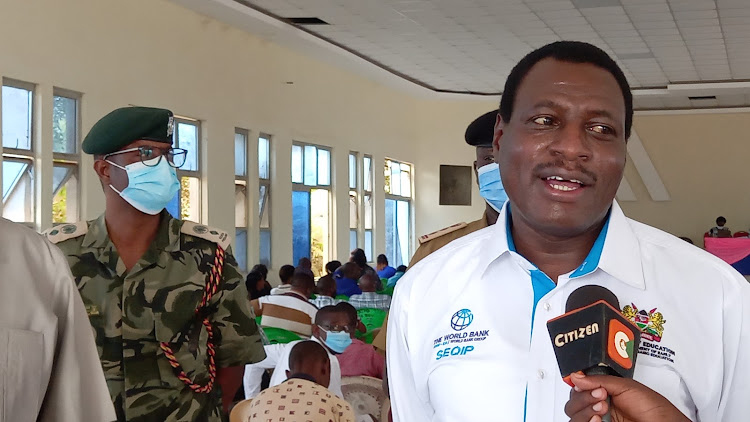 1,138 candidates obtained an overall Grade A compared to 893 candidates in 2020
News
3 months ago

CS Magoha urged for the need to invest more in TVET institutions
News
3 months ago
“WATCH: The latest videos from the Star”
by SHABAN OMAR
Coast
25 April 2022 - 22:00